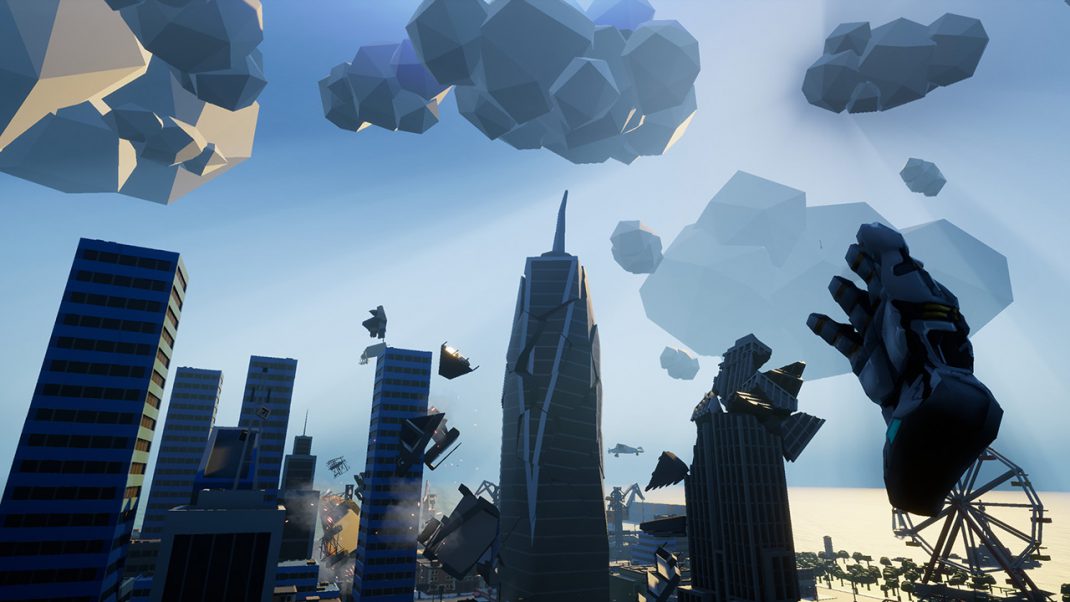 Earth has been taken over by robots! Humanity’s last hope now rests with the giant VRobot built to combat the invasion and wipe the slate clean. Destroy everything in your path and help rid the earth of the robot scourge!

VRobot can acquire various weapons to annihilate major cities as well as the new robot overlords. Use a devastating tractor beam to pull skyscrapers towards you and fire them out to sea. Summon gigantic tornadoes capable of sucking up entire neighbourhoods and direct them with your tornado maker device. Battle SuperRobot 3000 and restore civilisation so humans can return to their homes.

“What started life as a test project for Epic Games Mega Jam in 2016 has literally turned into something mechanically monstrous!” commented Oleg Chumakov, CEO of Luden.io. “We’re really looking forwards to adding a giant robot sized amount of content to VRobot in Early Access, getting feedback from the community and ultimately launching the game across all VR platforms later this year.”