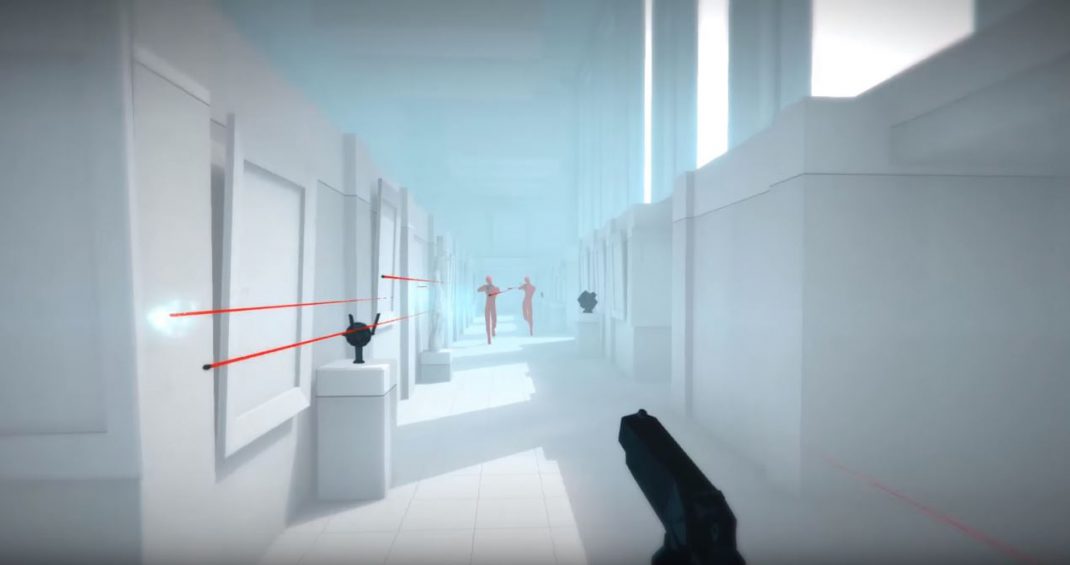 May 25, 2017 – Winner of the D.I.C.E. award for Immersive Reality Game of the Year and the fastest-selling game for Oculus Touch, SUPERHOT VR is available today for VIVE.

SUPERHOT VR for VIVE comes complete with the recent FOREVER update, expanding the experience even further with new modes, challenges, and endgame content. Early-adopters save 20% with a launch week discount, with the option of bundling the original SUPERHOT for even more savings.

No regenerating health bars. No conveniently placed ammo drops. It’s just you, outnumbered and outgunned, grabbing the weapons of fallen enemies to shoot, slice, and maneuver through a hurricane of slow-motion bullets.

SUPERHOT VR is a title reimagined and redesigned from the ground up for VR and hand-tracking controllers. Since releasing last December, SUPERHOT VR has been named VR Game of the Year by the New York Game Awards, Unity Vision Summit, and nominated for additional awards at GDCA, Digital Dragons, and many more.

SUPERHOT VR is available now for VIVE on Steam:
https://store.steampowered.com/app/617830