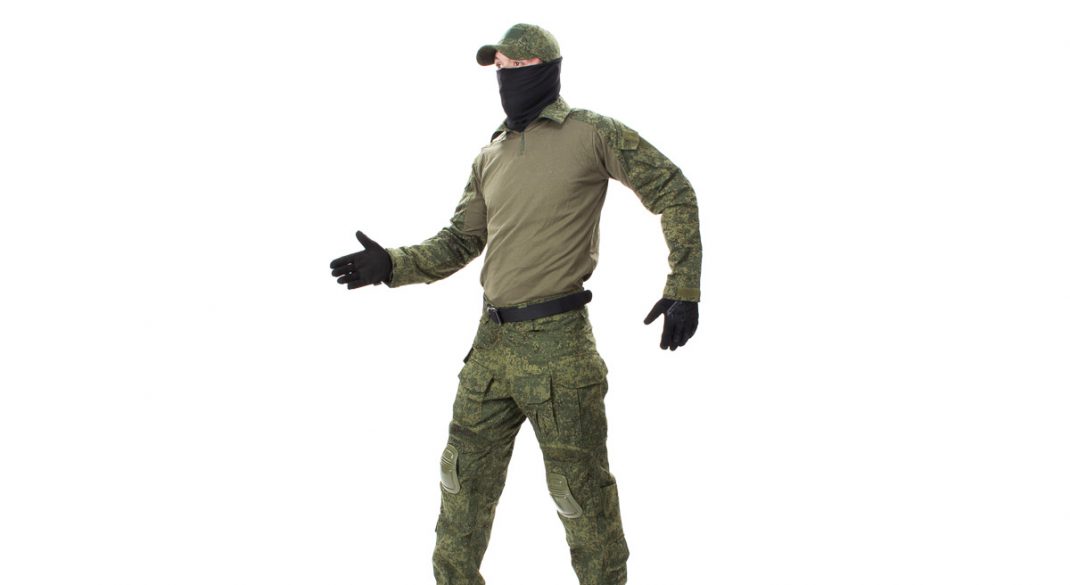 As we approach the 2017 Operation Lionclaws XVI airsoft game in Victorville, CA it’s time to put together our loadout. In case you missed our 2016 Operation Lionclaws after-action report, you can read it here. This year, Lionclaws XVI will consist of three different sides: SOCOM, Red Scorpion, and the Black Widow Militia. Currently, attendance numbers stand at 175, 128, and 131 respectively. With over 430 players in the AO, making sure to pack accordingly is key to having a great time. This main Lionclaws event is taking place at the abandoned housing area of George Air Force Base, an AO with many hazards for those players not paying attention. Because of this, coupled with the wonderfully warm Southern California weather, I thought we’d start by mentioning that players should pack plenty of water and protective gear in their kits. Knee pads, elbow pads, and bump helmets are very important, and could save you from injury.

For this event, we are on the Red Scorpion side, so we are trying to pack in a more Russian/Soviet style. This means that our airsoft weapons are all of an AK variety of some kind. Here are my two primary airsoft guns for the event – notice I mention “two primary” guns. Always be sure to pack a backup in case yours breaks down for some reason. 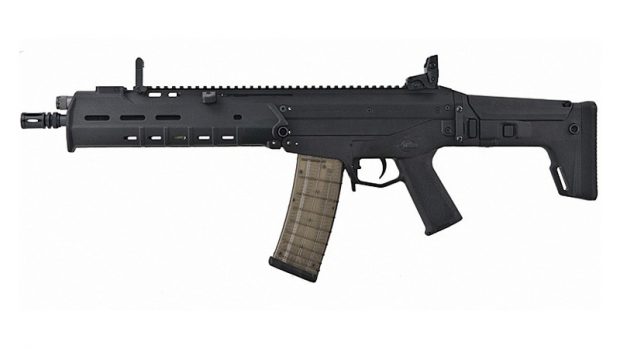 This AEG is a workhorse, and an extremely underappreciated one at that (most people went for the 5.56 style Magpul Masada). Made at the time when Magpul was still officially in the airsoft game, the Magpul PTS Masada AKM uses special AK style magazines and features high build quality. The only modification I made to it was to put in a slightly stiffer spring and an aftermarket hop up assembly.

The under-barrel 40mm launcher is one of the lighter “speed” models sold by Evike.com, and doesn’t weigh the front of the gun down like other, full metal versions would. 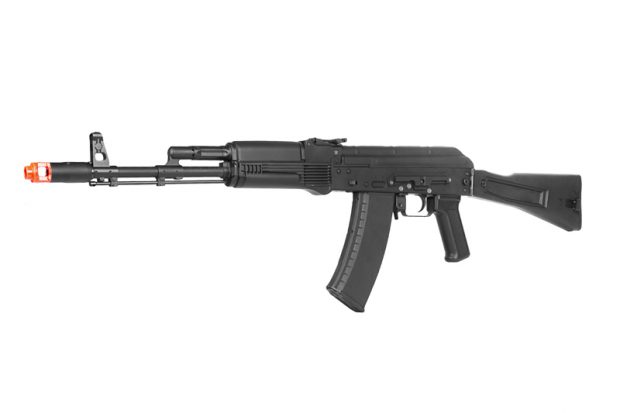 One of KWA’s new ERG family members, the AKR-74M ERG features great recoil almost like a gas blowback rifle would provide, all the while using batteries like a traditional AEG. This ERG has some really solid performance numbers and would make for a great primary or backup rifle.

As far as secondary weapons go, I am packing both a sidearm as well as a cut-down launcher to supplement my under-barrel one. In Lionclaws games, only foam rockets fired from an under-barrel or shoulder-deployed launcher count to damage vehicles. My secondary launcher will handle BB shower type grenades while my under-barrel will be loaded with a foam rocket, just in case! 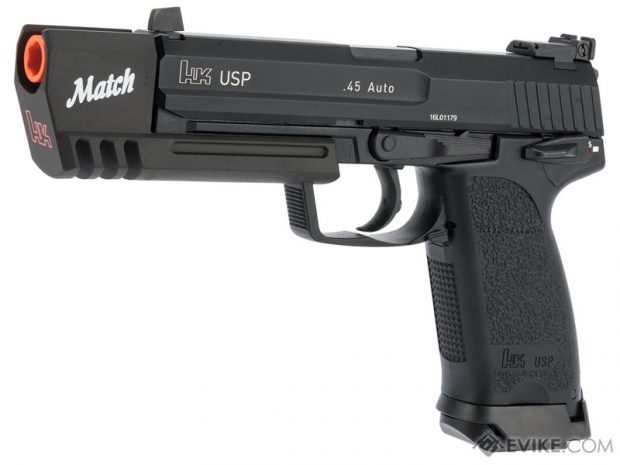 This Evike exclusive re-issue of the famed KWA USP Match is one beast of a gas blowback pistol. It hits hard, has great range and accuracy, as well as rugged build quality. 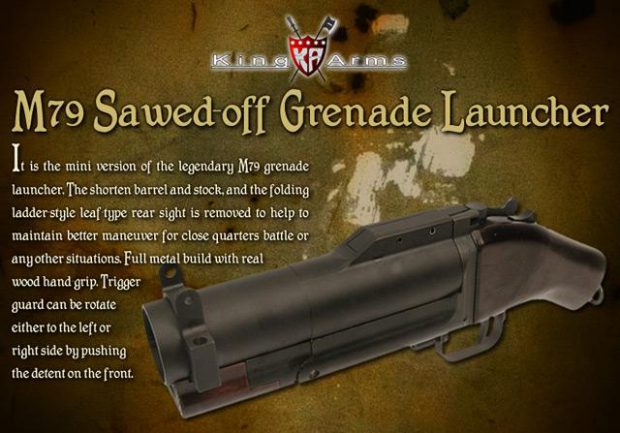 Having this short airsoft grenade launcher in a belt pouch is easy to carry, and the fact that it’s built like a tank doesn’t hurt. I can deploy this launcher quickly and fire off a 140 round BB shower grenade for room clearing in no time at all. 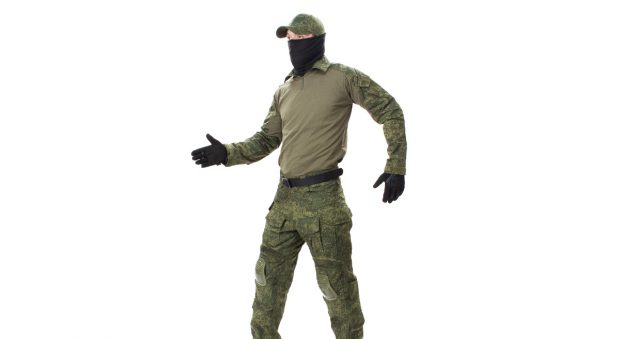 For our game, we are going with BDUs from AirsoftMegastore’s Jagun Tactical line. In this particular case, being a part of Red Scorpion, the trousers and shirts with the Digital Flora camouflage pattern. The nice thing about these gen 3 BDUs from AirsoftMegastore is that they come equipped with knee pads built into the trousers. This is so much more comfortable than wearing external pads, which do nothing except make your legs sweaty. With these, the air can flow through the trouser legs and you can still keep from skinning your knees up on dangerous ground. 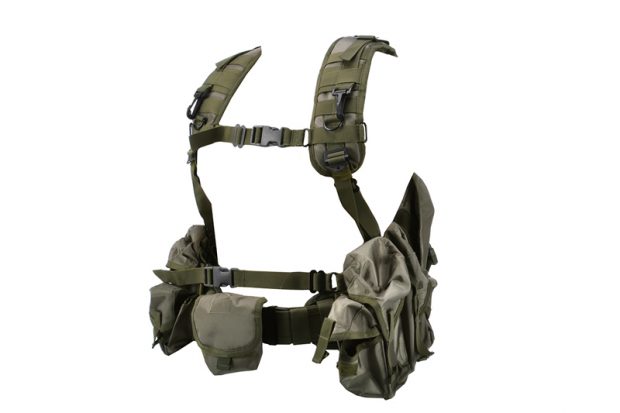 Additionally, I will be wearing a Jagun Tactical Russian Smersh Chest Rig. This chest rig allows for good airflow as well as mobility – two things important for comfort and effectiveness. Being a chest rig, it will allow for enhanced air to hit my combat shirt, as well as provide less constricting material which could hinder movement. Additionally, it carries six full AK style magazines that will allow me to field plenty of ammo for the long duration games.