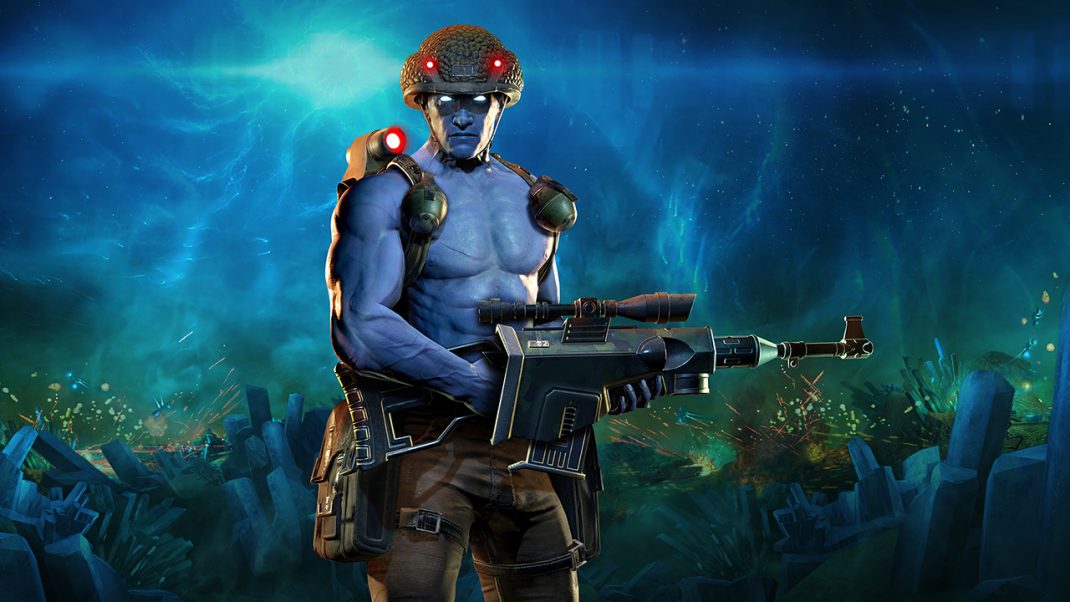 May 4, 2017 – ROGUE TROOPER REDUX will once again bring to life the adventures of iconic 2000 AD® hero Rogue Trooper, remastering his classic 2006 shooter for a new generation. With new fans in mind, independent UK developer Rebellion® have released “Who is Rogue Trooper?” – a video feature detailing the blue-skinned soldier’s fascinating origins and offering an exclusive glimpse at his new remastered, in-game character model.

Rogue is one of the Genetic Infantrymen (‘GIs’), an army of bio-engineered soldiers, created by Southers to fight their all out war against the colonial Nort regime. Not only can GIs survive the poisonous surface of Nu Earth unharmed, but their enhanced abilities make them a phenomenal force.

And yet, Rogue is the last GI standing following a devastating massacre that all but wipes out his kind. Carrying the consciousnesses of three fallen comrades as biochips implanted in his equipment, enhancing his powers further, Rogue transforms from super soldier into a one-man squad of death and destruction. He knows no allegiance but to his own mission, and he is hell-bent on completing it. That mission is REVENGE.

Rogue has been completely remade from the ground up using current-gen quality materials and higher resolution geometry. He sports a new look, based on the classic style of the original 2000 AD® Rogue Trooper comics.

For more information on the game or IP, head to RogueTrooper.com and 2000ADonline.com.