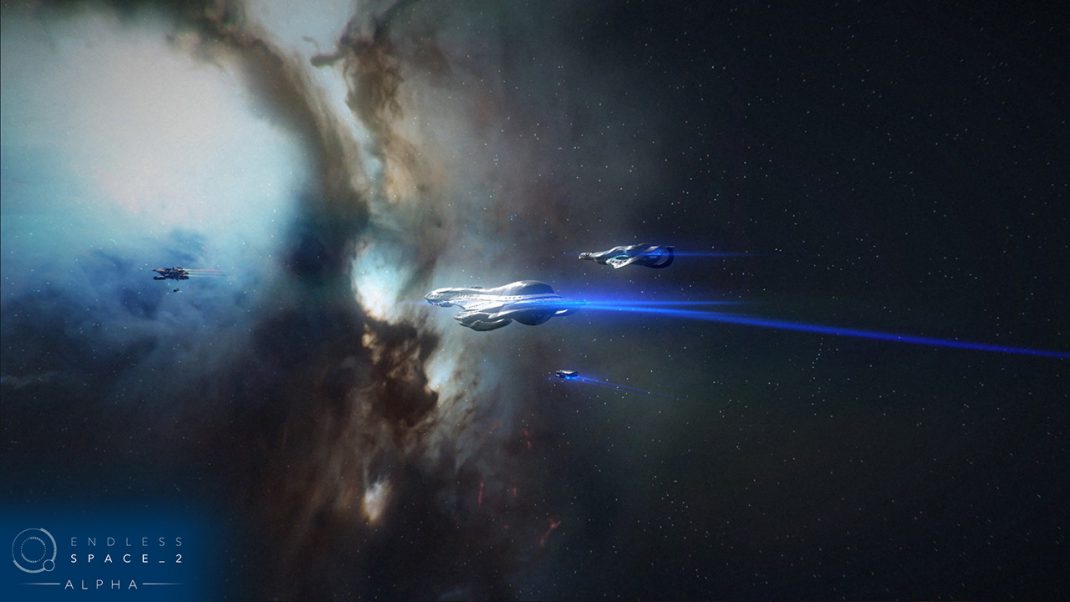 When our Editor-in-Chief asked if I wanted to review Endless Space 2, I said sure. I had some vague recognition of the first game and no bad memories to speak of.  Once I got Endless Space 2 downloaded, I started it up and realized why I remembered it: Endless Space was one of the most deeply detailed 4x games I had ever seen.  So going in I had to ask myself if the sequel would detailed as well, or would it be watered down more for the masses instead of the hardcore?

Of course, being one of the most highly-detailed and hardcore 4x games I have ever played is not a bad thing, quite the opposite in fact, there are lots of serious players out there who feel they can’t find a game up to challenger their mad strategy game skills.  They aren’t out there to play a simple world building sim or a game that let’s you mess with a few predetermined planets..  They want to build governments up from scratch in the style they see fit. They want their ships to follow their design choices to match their style of gameplay,  whether it be peace-keeping or exploration or…. Conquering.  The player who wants all these things and more set in the great depths of dark space can find it in Endless Space 2. 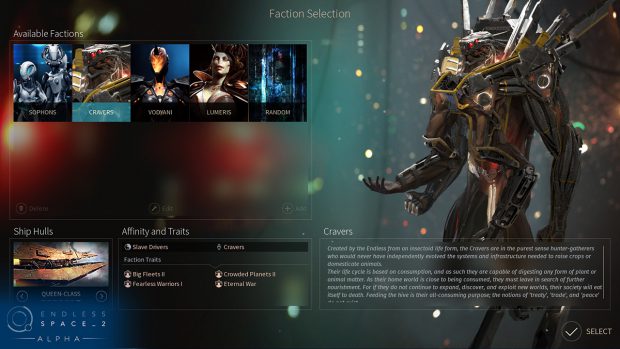 If you have recently revisited the first one in anticipation of the second or are among the hardcore of the genre, you will probably be able to jump right in.  Since I play a few games a week of multiple genres stretched across multiple systems, I needed a tutorial video.  Thankfully, they have some tutorial videos available, although they do expect you to have a bit of knowledge about the game type already.  If you watch a tutorial video and aren’t sure from that whether or not you should get the game then maybe you should pass. That being said, this game is amazing but like so many games that are amazing to their followers they are a bit difficult to get into for those who are primarily casual gamers.

First you find yourself picking a race that most suites your play style.  The awesome part is once you have played a race and style to a point you might be getting a little bored with it you can start a new game with a new race and new ideals.  I found myself going toward an aggressive expansionary civilization out of the eight different ones to choose from. I like to build fighting ships and this game allows you to build just about every detail of your ships.  You can decide how many major civilizations you will be up against, how hard, how big the galaxies will be, just about everything you could want to control going in. You could also just hit the “random” button and head in with whatever the game selects for you.  Combining this feature with the other choices you literally wind up with an infinite number of playthroughs.  There are even up to 50 possible hero characters to lead your fleets to the stars and a total of 24 possible civilizations, and that’s not counting custom races.

So the game gives you massive possibilities when it comes to starting and as you progress so the game provides a tutorial.  Unfortunately I found the tutorial a little confusing from time to time but there are a lot of help videos on YouTube as well because unlike so many specialized games (MOBAs and some FPSs) there doesn’t seem to be player aggro in the community but rather support and an overwhelming desire to get as many player going on it as possible so the game can be as successful as it’s build promises. 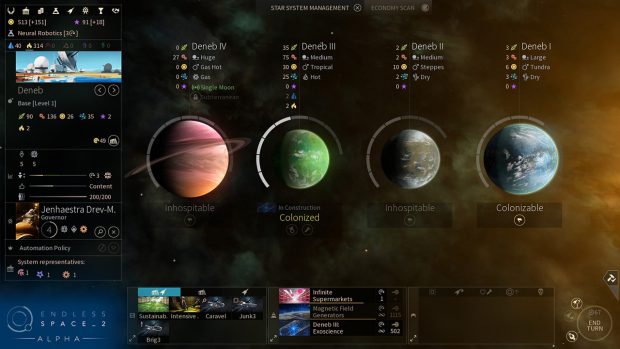 So I mentioned space fighting but really the best way to thing of this game is as an ocean of space.  The ships are named after our water ships such as the schooner or the corsair, they can have armoring built on their ships or gun or they might use their spare space to use as a merchant hold to kept things to trade between the planets so that some of your ships develop trade routes.  Then you have to worry about pirates and see if you can make treaties with other civilizations to help protect each other and build defensive fleets.

Then you choose attack patterns as well so it’s not just like Risk where it is a roll of the dice, instead if you do a pincer movement with your destroyers getting to the stern where the armor is weaker you might take less damage and survive the battle so you can go to the nearest friendly civilization and get repairs done.

You can also set it up so that you play with your Steam friends because though AI is nice there is nothing like the comfort of having your bud guarding your merchant fleet and sharing the spoils of war.

Endless Space 2 is in Early Access on Steam until its official release date of May 19th, 2017.  If you buy it now you get to play a near-complete version of the game which is already lots of fun, well supported, and infinitely replayable.  In the future, they plan to get other languages than English supported and even more content such as civilization quests, improving the beginner tutorial, adding to the types of ships available and a whole bunch of other things.  They will even have meta stories and community mods that they hope to add before May 19th.  So do yourself a favor: If you like this sort of game, pick it up now so that while others are still going through the guides you will be mapping out the stars ahead of schedule!