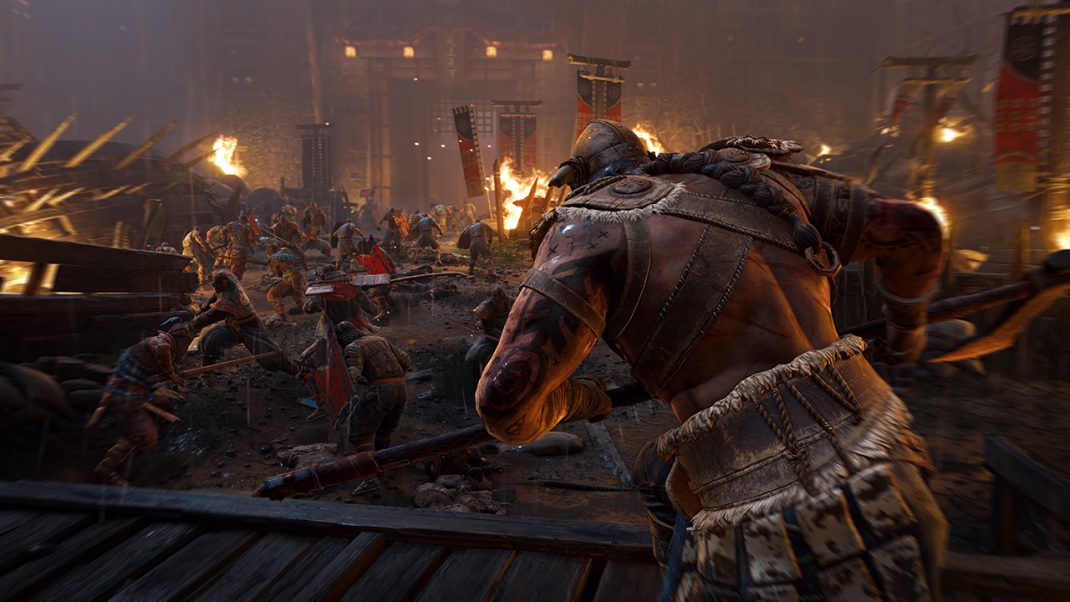 For Honor Season Two – Shadow and Might Release Date

SAN FRANCISCO — April 27, 2017 — Today, Ubisoft® announced that For Honor™ Season Two, Shadow and Might, will launch simultaneously across all platforms on May 16. Shadow and Might will bring new content to For Honor including two additional heroes, two extra maps, new customization items and gameplay updates. Maps and gameplay updates will be free for all players at the start of Season Two. New heroes, the lethal Shinobi and the fierce Centurion, will be available for free immediately for Season Pass holders on May 16, while all other players will be able to unlock them with in-game Steel on May 23.

In the war between the three deadly factions, Knights, Vikings and Samurai, two new Heroes enter the battlefield:

The two new maps, Forge and Temple Garden, will expand upon the selection of multiplayer battlefields. Additionally, Season Two will introduce a new level of gear rarity – Epic gear – which will increase the maximum gear score along with a balancing overhaul for the entire gear stats system. Following a three week off season, the Faction War will reset on May 16 as the battle for supremacy between all three factions enters its second chapter.

Coinciding with the end of Season One, a new title update (Update 1.06) was released on Windows PC and consoles to improve network stability while introducing new gameplay changes and hero balancing. For Honor will continue to be supported post-launch with additional content and consistent gameplay balancing updates.

Developed by Ubisoft Montreal in collaboration with other Ubisoft studios,* For Honor offers an engaging campaign and thrilling multiplayer modes. Players embody warriors of the three Great Factions, the bold Knights, the brutal Vikings and the deadly Samurai, fighting to the death on intense and believable melee battlefields. The Art of Battle, the game’s innovative combat system that puts players in total control of their warriors, allows them to utilize the unique skills and combat style of each hero to vanquish all enemies who stand in their way.

To learn more about all Ubisoft games, please visit ubiblog.com.