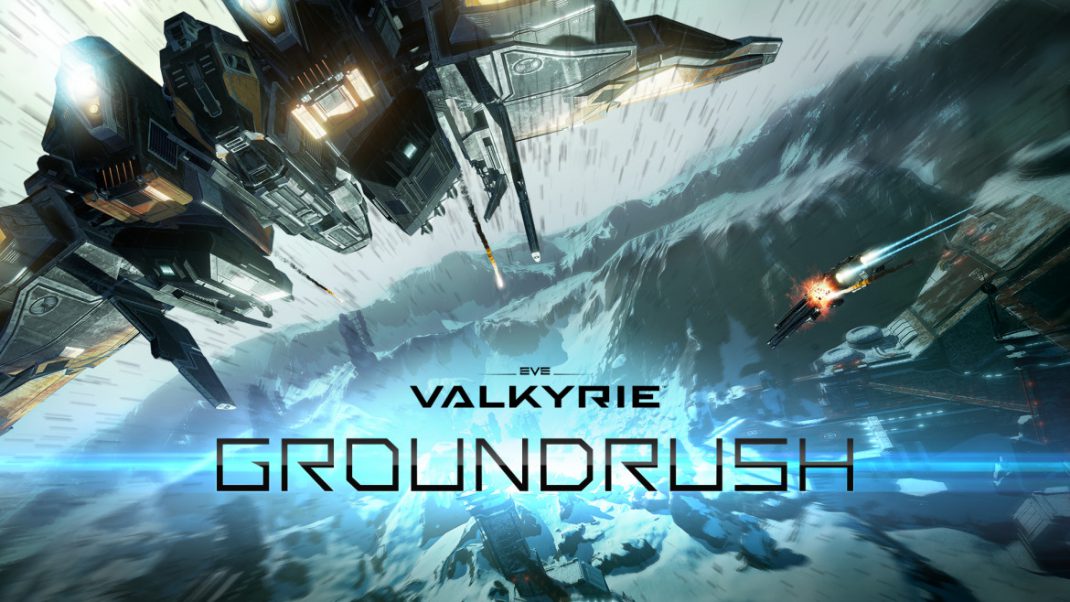 Groundrush takes the fight to the surface with Solitude, the game’s first ground-based map. Solitude introduces a brand-new battleground carved into the craggy face of a remote planet, featuring fully playable interior and exterior spaces with intricately detailed terrain. With its tight passageways, mountainous terrain and cavernous underground spaces, Solitude rewards risky flight maneuvers that will test the flight skills of even the most seasoned Valkyrie pilots. You can find full details about Solitude in this developer blog: Groundrush Update – A New Map, Wormholes and More

The Groundrush update also introduces yet more chaos to the weekly Wormhole events, bringing even weirder and wilder permutations to this popular weekly game mode where the usual rules no longer apply.

In addition, co-op players can now enjoy the Carrier Assault and Control modes when teaming up for battle, plus EVE: Valkyrie players on Steam now benefit from official support for the Steam Controller. The full list of improvements can be found on the EVE: Valkyrie website here: Groundrush Update – The Gift That Keeps on Giving

Further substantial updates are also in development for all Valkyrie pilots to enjoy. For more information about EVE: Valkyrie, visit https://www.evevalkyrie.com/roadmap