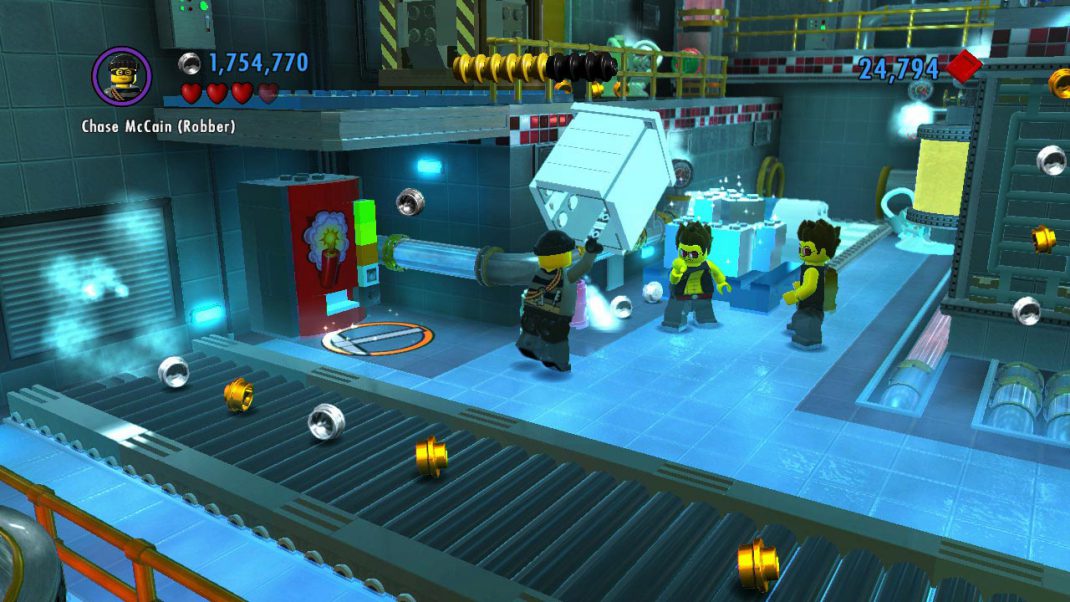 Burbank, Calif. – April 4, 2017 – Warner Bros. Interactive Entertainment, TT Games and The LEGO Group® today announced the launch of LEGO® CITY Undercover™, an action-packed adventure where players must assume the identity of undercover police officer, Chase McCain, and track down the fiendish Rex Fury to finally put an end to his city-wide crime wave. Developed by TT Games and published by Warner Bros. Interactive Entertainment, LEGO CITY Undercover is now available for the Nintendo Switch™, PlayStation®4, Xbox One® and PC.

LEGO CITY Undercover allows both longtime fans and newcomers alike to explore the sprawling, open-world metropolis that is LEGO® CITY with more than 20 unique districts to investigate, filled with car thieves to bust, vehicles to navigate, mischievous aliens to capture, lost pigs to rescue and of course, hundreds of collectibles. For the first time, LEGO CITY Undercover will feature a two-player cooperative mode for gamers to track down criminals as a team.

“Between solving crimes in the hilarious original storyline and exploring the vast open-world city, LEGO CITY Undercover is the perfect game for friends and families to play together,” said Tom Stone, Managing Director, TT Games.

As a man of many talents, Chase McCain has eight disguises to choose from, each with unique skills and abilities to infiltrate every corner of the city and access places only he can. Chase is joined by officer Frank Honey, Chief of Police Dunby and paramedic Natalia Kowalski, who are just a few of the more than 300 unlockable and playable characters that gamers will meet throughout their adventure. With 15 special assignments to complete, the game brings together witty, original storytelling with signature LEGO humor to create a fun-filled experience for players of all ages.

LEGO CITY Undercover is rated “E10+” for everyone 10 and older by the ESRB and is now available for Nintendo Switch, PlayStation 4 system, Xbox One and Windows PC at a suggested retail price of $59.99.