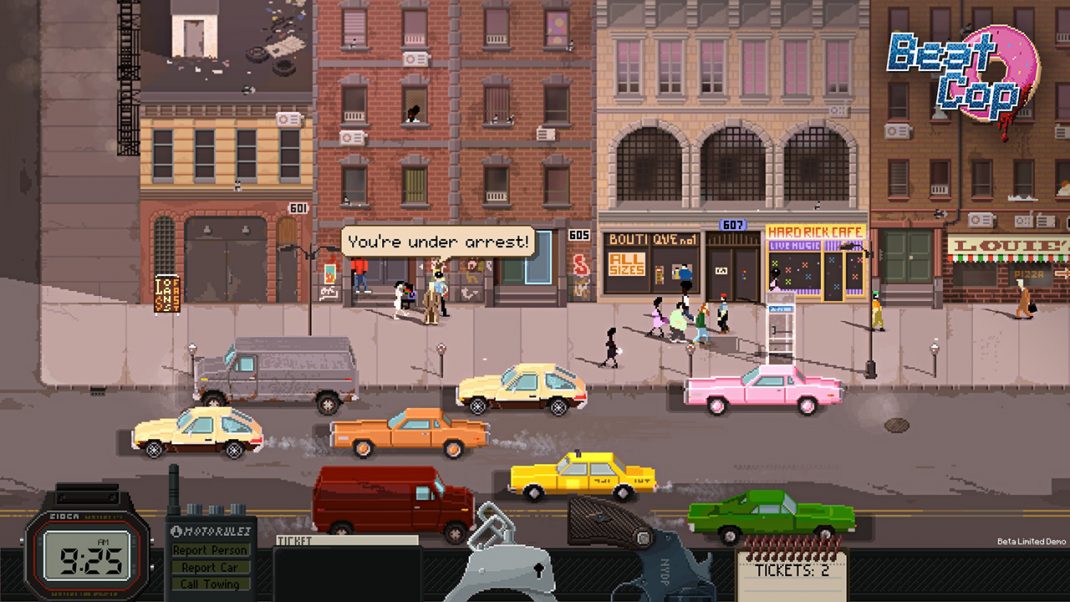 March 30, 2017 – Pick up some doughnuts and hit the streets of ’80s Brooklyn for a non-linear adventure of police drama, retro aesthetics, and humor to make your mother blush. Beat Cop is available today on PC (Win/Mac/Linux).

Travel back to 1986 as former detective Jack Kelly. Framed for murder, demoted to the lowest ranks, and forgotten by old pals, this is your last chance to uncover the truth behind this terrible mess. Just don’t forget about writing tickets. You’re a beat cop, after all.

For more info, go to:
http://beatcopgame.com