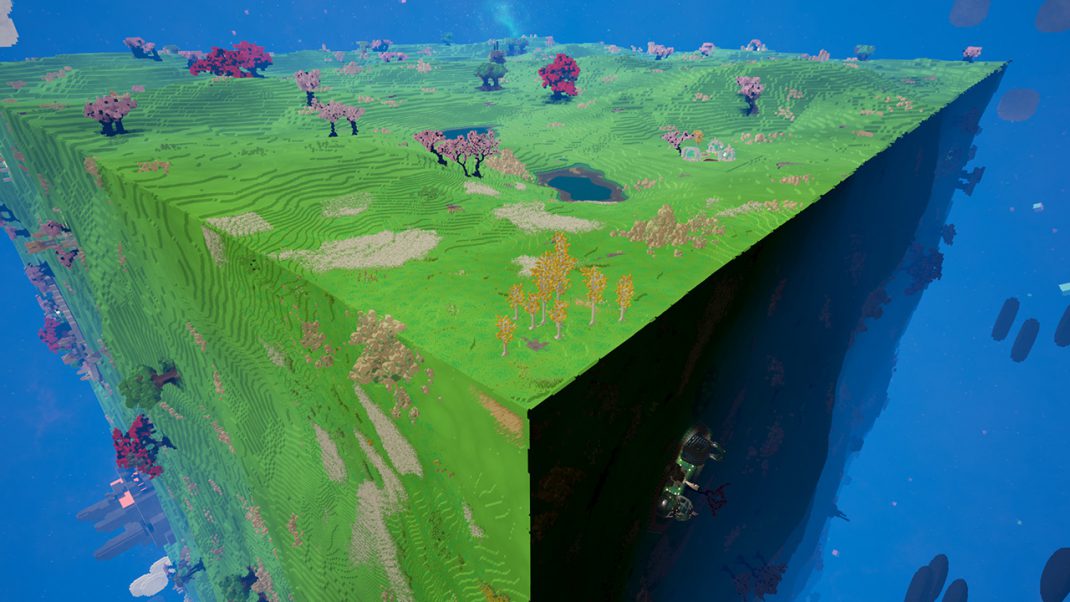 PARIS – March 29, 2017 – Independent developer Cubical Drift has released its most significant content update yet to the open world adventure Stellar Overload, bringing to the game a completely new planet for players to explore. It also adds more dynamic tools to Stellar Overload’s extensive crafting system while giving players the freedom to share their maps, dungeons, buildings, vehicles and other inventive creations with the community for the first time.

Novo Ares is Stellar Overload’s latest world, a Grand Canyon-like environment where players will discover a planet divided between the scorching heights and temperate depths of its rugged terrain. A new melee weapon – the hook sword – makes venturing around this landscape easier thanks to its functionality as a hookshot, letting explorers get to hard-to-reach locations in a flash. A new dungeon is also now available on the game’s first world, Merx.

For builders at heart, Stellar Overload has added new systems to allow for even more imagination in construction. The introduction of electricity, including cables, switches, lasers and engines, lets players control mechanisms within buildings, including elevators and monorail trains. New materials and textures also offer improved customization choices.

Mixing adventure and building gameplay mechanics with RPG and FPS action and a sci-fi story, Stellar Overload gives players a universe of teeming horizons made of bricks to explore with jetpacks, block-throwers and other gadgets alone or in cooperative multiplayer.

Stellar Overload is available for Windows PC, Mac and Linux as a Steam Early Access title for $19.99. For the latest updates as the game develops, visit www.stellar-overload.com, and follow Cubical Drift on Facebook and @StellarOverload on Twitter.