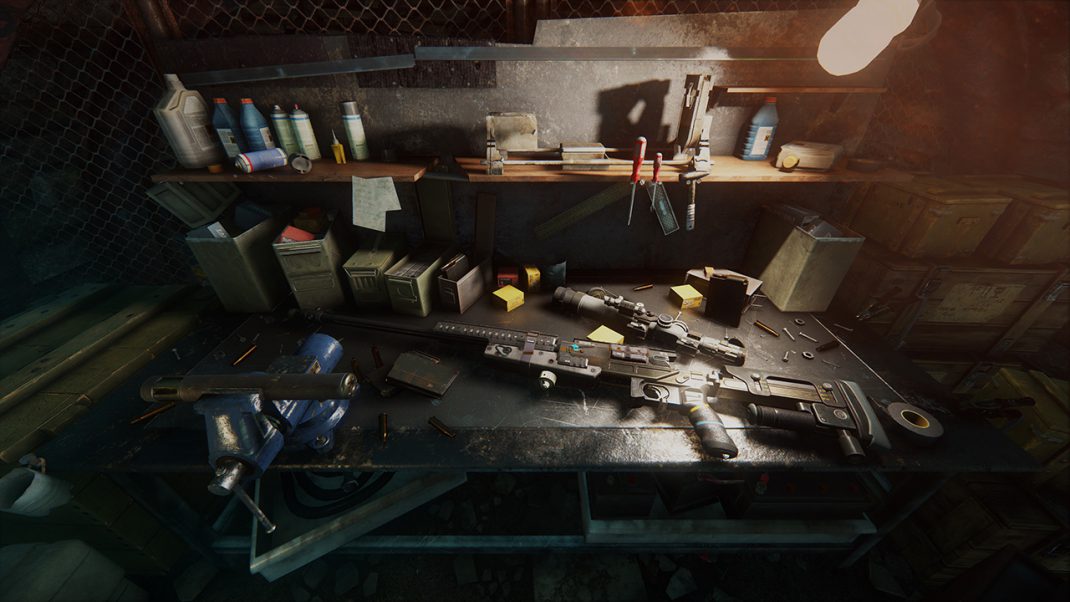 WARSAW, Poland (March 28, 2017) — Every soldier needs a safe place to rest, recuperate and gear up for his or her next mission. Today, CI Games invites you into the welcoming environs of the Jon North’s Safe House in Sniper Ghost Warrior 3.

As one may predict by the name, the Safe House is a safe place where our lead protagonist can sleep to a designated hour, craft and purchase items, choose equipment loadouts and begin missions. There are different safe houses to be discovered in the northern part of the Republic of Georgia, many of which contain loot or new weapons to equip. After they’re discovered, players can fast travel back to these locations as long as they aren’t in a designated mission area. 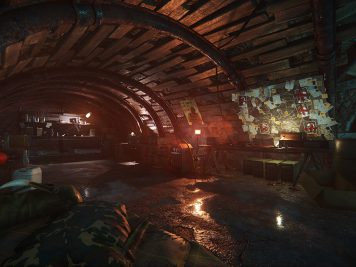 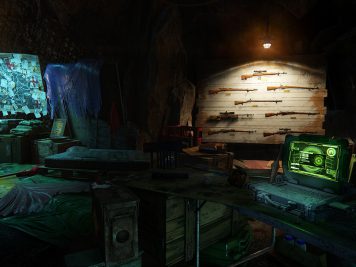 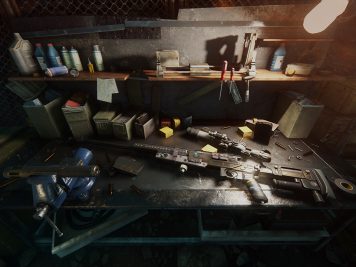 Listed below are some key things players can access in the Safe House:

The Weapon Cache is a place where the player can change his or her loadouts. Primary weapons, secondary weapons, side-arms, gadgets, weapon skins and armors can be purchased and equipped here.

The currency in Sniper Ghost warrior 3 is called ‘Trading Goods’. Players can purchase almost everything available in the game for it – starting with grenades and medkits, and ending with weapons. The Trading Goods can be acquired by various actions during gameplay: completing main story missions, completing side operations, finding collectibles, assassinating most wanted targets, helping civilians or just simply by being found in the world.

Gadgets and combat gear are a large set of tools available through crafting or purchase that will help players execute their planned approach. These gadgets differ in their intended use, ranging from offensive frag grenades to defensive warning devices, but it’s ultimately up to players to choose how they’d want to use them.

By choosing gadgets that best suit their style, players can greatly expand the variety of available tactics.

Sniper Ghost Warrior 3 tells the story of brotherhood, faith and betrayal in the most complete sniper experience ever. Take the role of an American sniper named Jonathan North, who is dropped into enemy territory in northern Georgia, nearby Russian borders. Explore large open-world maps with dynamic weather and a day and night cycle that actually impacts play and decisions. Customize weapon equipment, accessories, vehicles and a drone, and utilize the three pillars of gameplay to your liking: Sniper, Ghost and Warrior.

Sniper Ghost Warrior 3 launches on the PlayStation®4 system, Xbox One and Windows PC on April 25, 2017.