Boston, MA, March 10, 2017 — Impeller Studios announced today the multiplayer debut of Starfighter Inc., a hardcore space combat simulator set in the solar system 200 years in the future, at PAX East, Friday, March 10 through Sunday, March 12. VR support and fully playable PvP combat will be publicly demoed for the first time. In a rare event for Kickstarter, the hardcore online multiplayer combat sim is slated to launch their crowdfunding campaign with Kickstarter themselves at PAX East on Saturday, March 11th.  Luke Crane, Head of Games at Kickstarter says, “This game looks fantastic, and we’re really excited to support it on Kickstarter’s platform.”

“We’ve shown that we know how to create an intense and immersive combat experience,” said Lead Designer David Wessman. “But we’re also passionate fans of the genre. We wanted to do something different with Starfighter Inc that makes it even more compelling. We want it to feel like the real deal – to make realistic space combat fun and believable. A cockpit sim utilizing both VR and PC is the perfect fit for our vision.” “With the incredible experience and talent of our team, we are thrilled to offer what we believe is the most exciting space combat game on the market to date.”

Starfighter Inc. will be featured in Kickstarter Games Castle at PAX East. “With a successful Kickstarter campaign, our team will be able to expedite the completion and release of the game and include some awesome features that we know our fans will love,” says Jack Mamais, Director. “We also value the opportunity to listen to our backers and answer their questions about the game. In the end, we are dedicated to providing the best possible experience for our players.”

Although this is Impeller Studios’ first project, the international team of designers, artists, programmers, writers, sound engineers, and scientists is led by very well-known industry veterans whose reputations were built with combat action games. The team is lead by Director Jack Mamais, best known for his work on such illustrious titles as the MechWarrior 2™ franchise, Heavy Gear 2™, Far Cry™ and Crysis™, and David Wessman, whose titles include Blood Wake™, The Chronicles of Riddick: Escape from Butcher Bay™, Saints Row™, and of course, the standout space combat franchise: the X-Wing series of Star Wars Space Combat Simulators™. Rusel DeMaria is leading the narrative design for the game and is a well-known author for multiple games and game design books as well as original Star Wars fiction associated with X-Wing and TIE Fighter. Tim Hoffman, best known for his visual effects work on MechWarrior 2: Mercenaries and Hollywood and comic franchises Transformers, Game of Thrones, Rise of the Planet of the Apes, Serenity, and upcoming features Thor Ragnarok and Spider Man: Homecoming, is contributing to Starfighter Inc.’s look and overall feel.

“Our greatest challenge was to keep everything as realistic as possible,” said Senior Art Director Tim Hoffman. “We have done enormous research on everything to do with a realistic portrayal of space, and using the Unreal 4 engine we have been able to realize truly stunning game visuals. I’m quite delighted with the results.”

Impeller has partnered with some of the video game industry’s most recognized industry leaders including Alienware, Logitech, Nvidia, Oculus, Thrustmaster, and Valve. Each has already provided support to Impeller and will be co-marketing Starfighter Inc.

There’s still time to set up a meeting at PAX East! Starfighter Inc. will be available for gameplay demos in the Kickstarter Games Castle, Room 103, located along the Northwest Corridor above Exhibition Hall A. 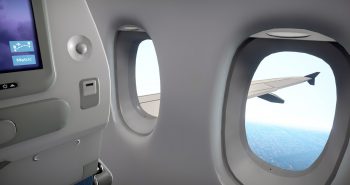