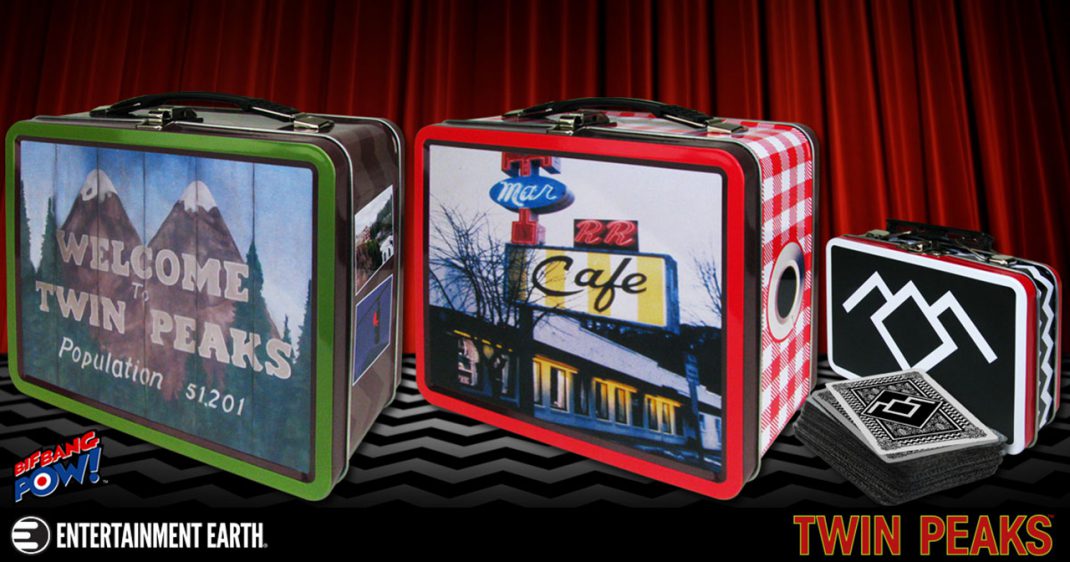 Under license by CBS Consumer Products and Twin Peaks Productions, this new lineup of collectibles will offer never-before-made merchandise inspired by the show. In development now, the diverse range of products will include bobble heads, wooden figures, tin totes, stationery products, and more.

“We are fortunate to have a great, longstanding relationship with CBS Consumer Products and SHOWTIME®. So when they shared TWIN PEAKS was returning to television, we instantly knew that Bif Bang Pow! needed to bring fans the merchandise they’ve been waiting for,” commented Jason Lenzi, co-founder of Bif Bang Pow!. “I have been an obsessive fan of TWIN PEAKS since its first airing in 1990, and I’m anxious to see what’s waiting for us in that town when the show comes back in May.”

Beginning with a variety of show-inspired tin totes and a mini journal, TWIN PEAKS merchandise from Bif Bang Pow! will be available via Entertainment Earth and other fine retailers. For product releases and pre-orders updates, visit entertainmentearth.com.

The new SHOWTIME limited event series will premiere on Sunday, May 21st, 2017 at 9 PM ET/PT.

Check out these with other coveted collectibles at Toy Fair 2017 booth (#5452). Press attending the show are encouraged to schedule an appointment for a walk-through and demonstrations.