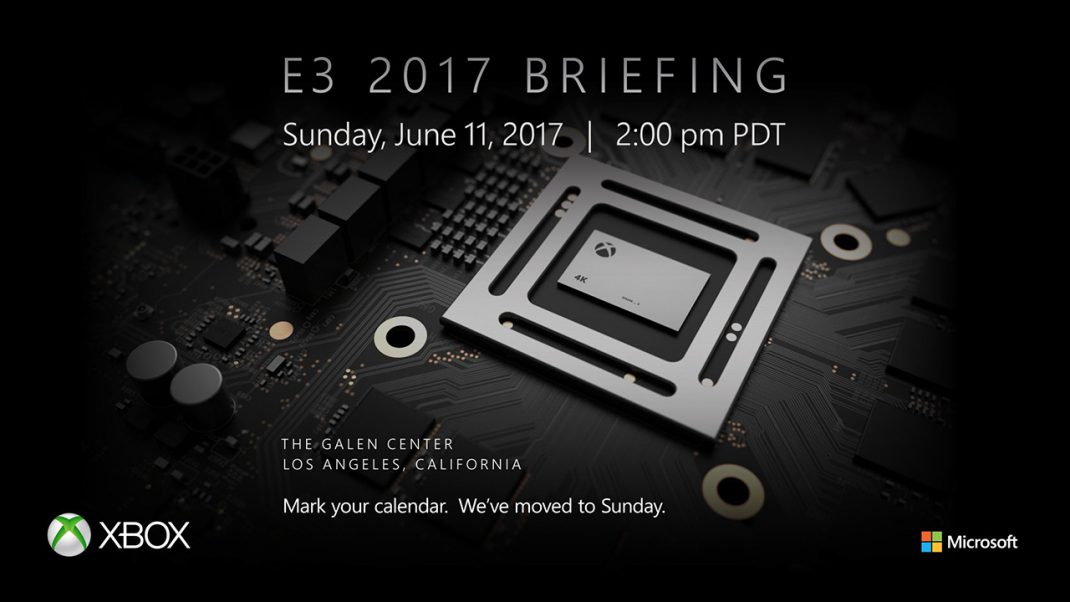 Microsoft has announced that its annual E3 Xbox briefing will be moving its time from Monday to Sunday, June 11 at 2PM. Microsoft has not announced the reason for this scheduling change, but we will update you as soon as we hear more.

The big topic for Microsoft at this upcoming briefing will likely be the upcoming Xbox Scorpio game console, which is slated for a release later this year.