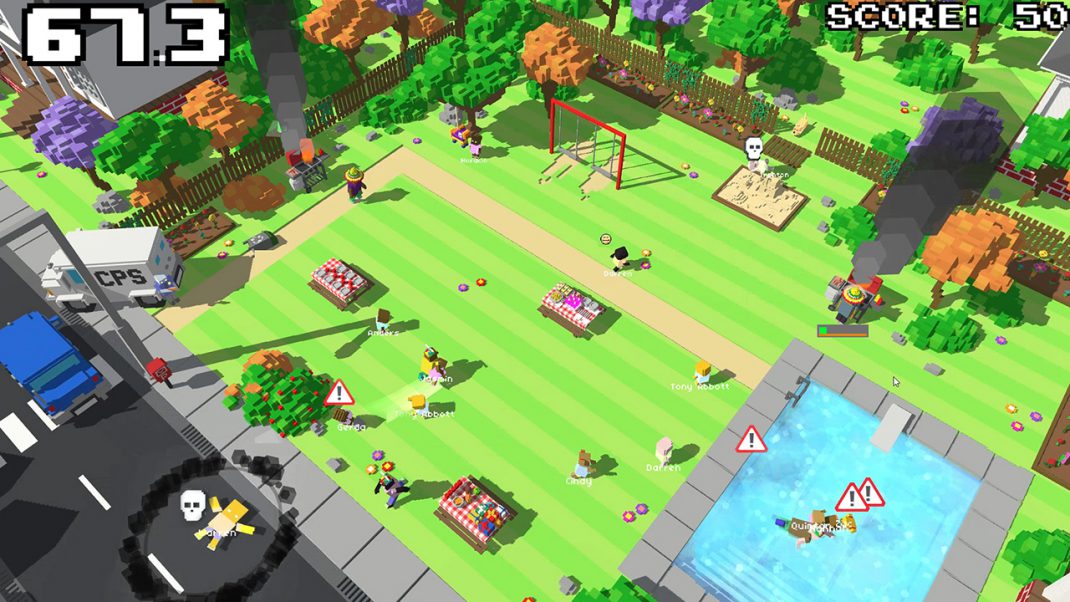 Think of the Children Announcement Trailer

Tuesday 31 January, 2017: Little Bobby’s dead, the BBQ’s on fire, Jen’s eating poisonous berries and the birthday cake still needs icing. It’s just another wonderful day out with the kids in Think of the Children, a frantic new multitasking game revealed today by developer Jammed Up Studios and indie label Surprise Attack Games. Think of the Children will release on PC via Steam in mid 2017.

Hauled before the court for bad parenting and endangering your children, the prosecution present a series of family days out as evidence that will either condemn or exonerate you. To avoid jail players will have to play through each event in flashback to prove their parenting skills, and their innocence, to the judge.

Looking after kids is far from child’s play, however. Playerc1s are tasked with simple jobs to be done like setting the tables, tending the BBQ, putting suntan lotion on grandpa, having an adult conversation. Unfortunately their kids can’t seem to stop playing with dangerous hazards like rabid dogs, vicious seagulls, runaway trolleys or escaped gorillas. To get a good parenting grade and avoid jail time you need to get all your tasks done, keep the kids happy and, ideally, have as many of them as possible still alive at the end.

Players can parent solo or co-operatively with up to four players, locally or online and all kinds of families are welcome – single dad? Two mums? A mum, two dads and a horse in a long distance relationship? It’s all good.