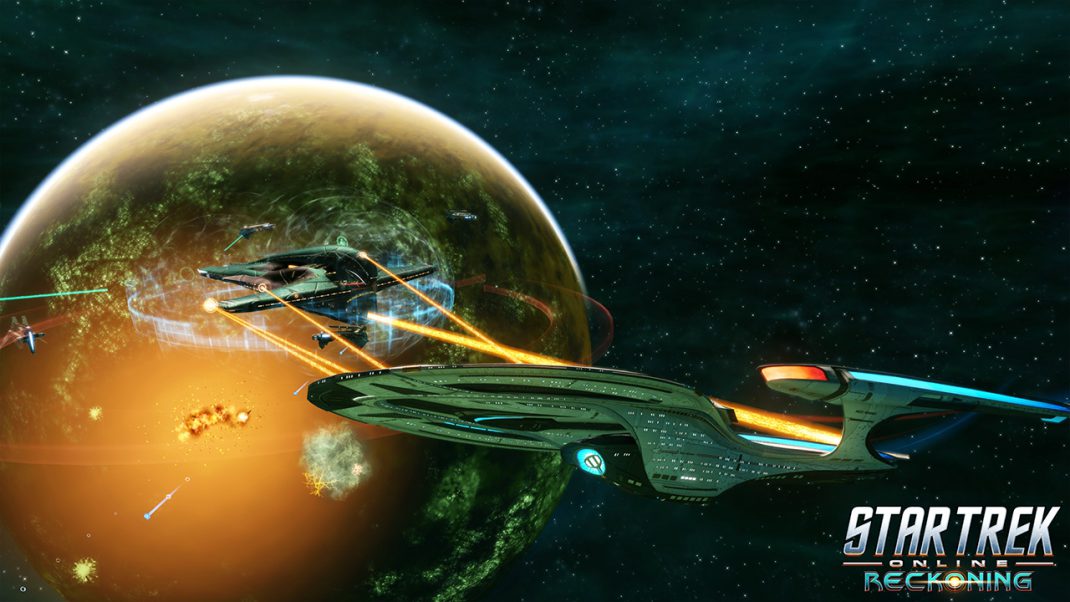 REDWOOD CITY, Calif. – January 26, 2017 – Today, Perfect World Entertainment Inc., a leading publisher of free-to-play MMORPGs, and Cryptic Studios announced Star Trek Online: Season 12 – Reckoning is now available on PC. The update celebrates a very special milestone for the 100% free-to-play MMORPG based on the iconic Star Trek franchise, as the game celebrates its incredible 7th Anniversary. To commemorate this achievement, captains can experience a brand-new episode, featuring the debut of General Rodek, voiced by actor Tony Todd. Players will also complete daily missions to earn special rewards, including the new Lukari ship, which the community helped design last fall. Season 12 – Reckoning will be available on Xbox One and PlayStation 4 at a later date.

Season 12 puts out a desperate call to captains across the galaxy to battle the powerful Tzenkethi, a highly-intelligent, militant warp-capable species. The mission begins when the Lukari set out on a journey to investigate some unusual activity in an unexplored region of the Alpha Quadrant. Upon further inspection, they discover data that suggests weaponized use of protomatter and request immediate assistance from the Alliance. Captains must work together with the Lukari to prevent a looming cataclysmic attack from the Tzenkethi.