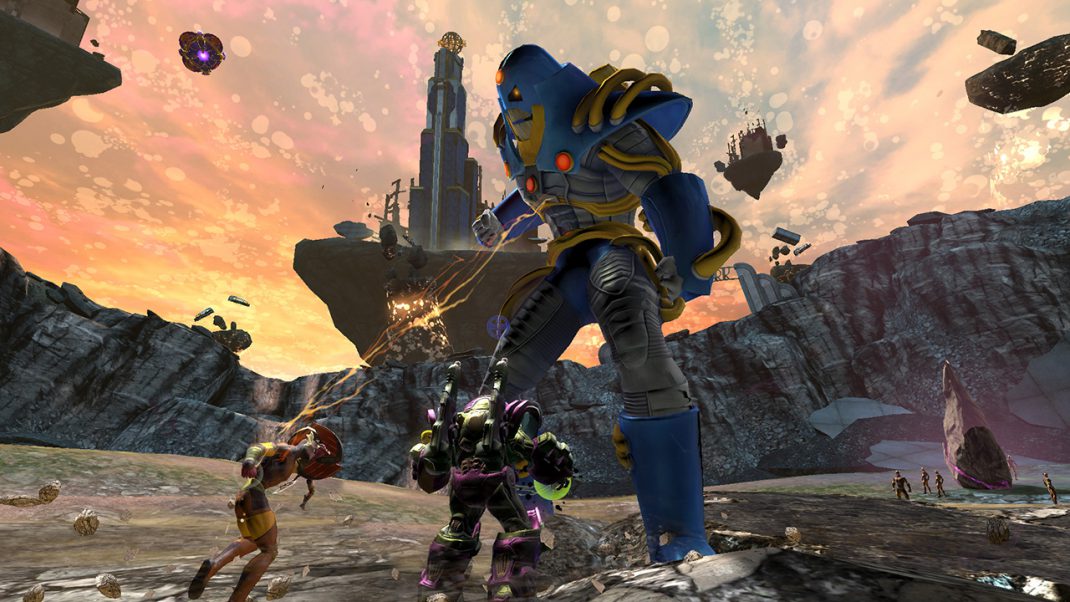 January 11, 2017 – The sixth anniversary of Daybreak Games’ DC Universe™ Online (DCUO) is here, and with it comes new limited-time in-game events that will unite Super Heroes and Super-Villains. Players must travel through time to a new version of Metropolis, where a Qwardian invasion from the Antimatter Universe threatens the Earth, and take on the Anti-Monitor to save the world from destruction. All participating characters will be scaled up to a high combat rating to allow players of nearly all levels to join this fight to save the world.

More information about this new content and time capsule can be found at: