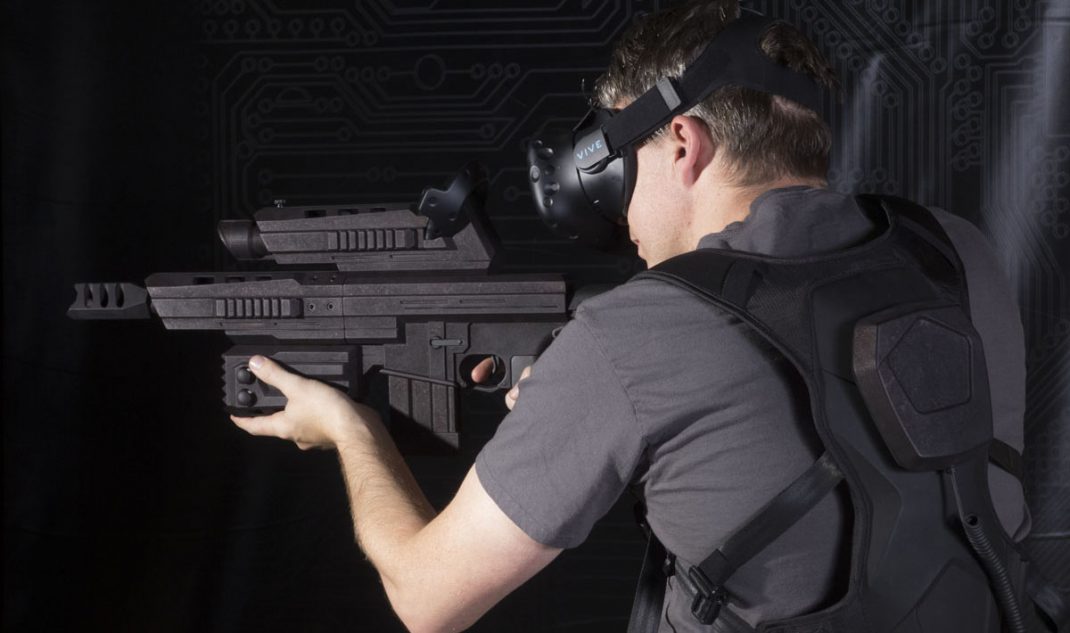 SANTA MONICA, Calif. – Jan. 4, 2017 – New virtual reality studio First Contact Entertainment will be at CES showing fresh functionality for its ever-expanding pick-up-and-play shooter, ROM: Extraction, out now for the HTC VIVE VR headset and Oculus Rift (via both Steam and the Oculus Store). Located within HTC’s booth at the Alsace Ballroom at The Wynn, attendees will be able to play the acclaimed VR game using the VRsenal VR-15 rifle peripheral and haptic vest for the first time and check out other unannounced goodies, as well. This collaboration between First Contact, VRsenal, and HTC Vive is tailored to meet the growing demand for location-based, arcade VR experiences.

“The core of ROM: Extraction is all about instant action. We want immediate heart palpitations,” said Hess Barber, co-founder and president of First Contact Entertainment. “Picking up the VR-15 rifle in the real world and seeing it move inside the game elevates that intensity and immersion to unprecedented levels. And it’s an immensely satisfying way to annihilate hostile alien robots. This is VR gaming in 2017 as it’s meant to be.”

“New VR peripherals are a critical component to delivering an immersive VR experience and building out the ever-growing Vive ecosystem,” said Dan O’Brien, VP Virtual Reality, HTC VIVE. “We built Vive to deliver the most immersive, room-scale VR experience on the market today. Companies like First Contact and VRsenal help us meet this vision and we’re excited to see what the VR-15 rifle offers to the VR experience.”

VRsenal builds the highest quality VR peripherals and integrations on the market. The VR-15 is completely wireless, with zero lag, and is fully integrated with the Vive’s Lighthouse system, allowing every move to be tracked with sub-millimeter accuracy. The VR-15 is constructed of engineering-grade nylon, and is hand-finished with a worn metal patina. It’s also outfitted with weighted trigger pull, four ambidextrous analogue thumbsticks, and glass optics for authenticity.

The team at First Contact has leveraged its background crafting AAA first-person-shooter games and cutting-edge VR projects to give ROM: Extraction an intense, highly replayable punch. Players defend themselves against extraterrestrial robots by utilizing their “Reflex” power (the ability to slow down time), which brings an unprecedented style of strategic combat to VR—which First Contact has dubbed “throw, slow and shoot.” Beyond the expanded functionality brought by the VR-15, ROM: Extraction has a robust DLC plan that includes cooperative multiplayer, new levels, enemies, weapons, power-ups and more in the coming months. Today’s version of the game is just the tip of the iceberg.

ROM: Extraction is available now on Steam and the Oculus Store for $19.99.