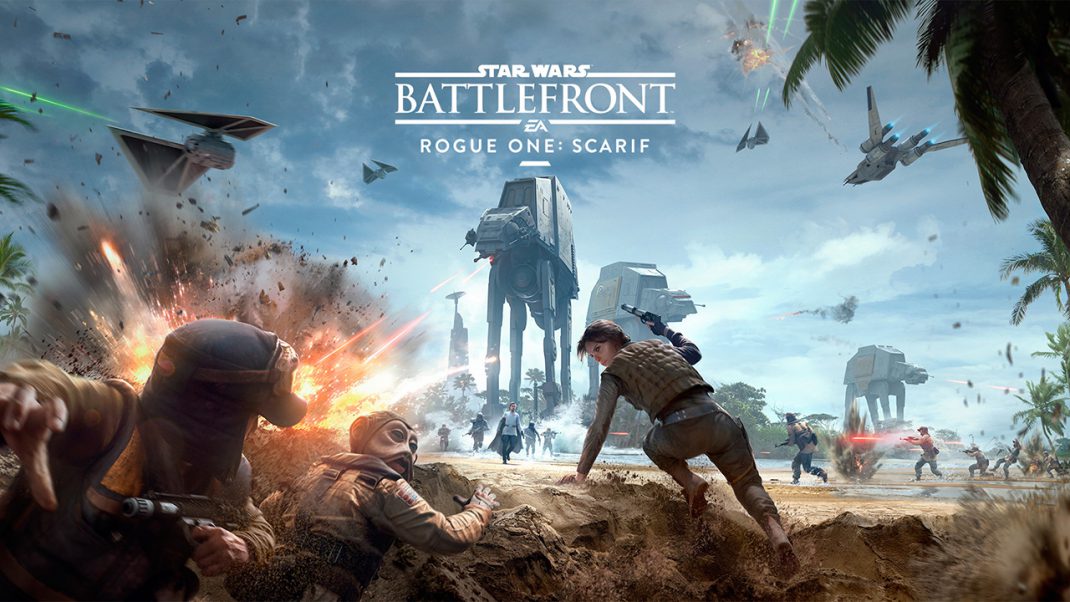 December 1, 2016 – Today, DICE released the new Star Wars Battlefront Rogue One: Scarif Official Trailer, ahead of the fourth and final expansion pack launching for Season Pass members on December 6. In Rogue One: Scarif, players can experience all-new epic battles and content inspired by the upcoming film, Rogue One™: A Star Wars™ Story. Two new playable heroes, Jyn Erso and Orson Krennic join the battle, four new maps all set in the tropical jungles and beaches of Scarif are introduced, and a new multi-stage game mode with space and ground combat makes it’s debut.

Check out the new trailer here for a sneak peak of what players will experience in Rogue One: Scarif.