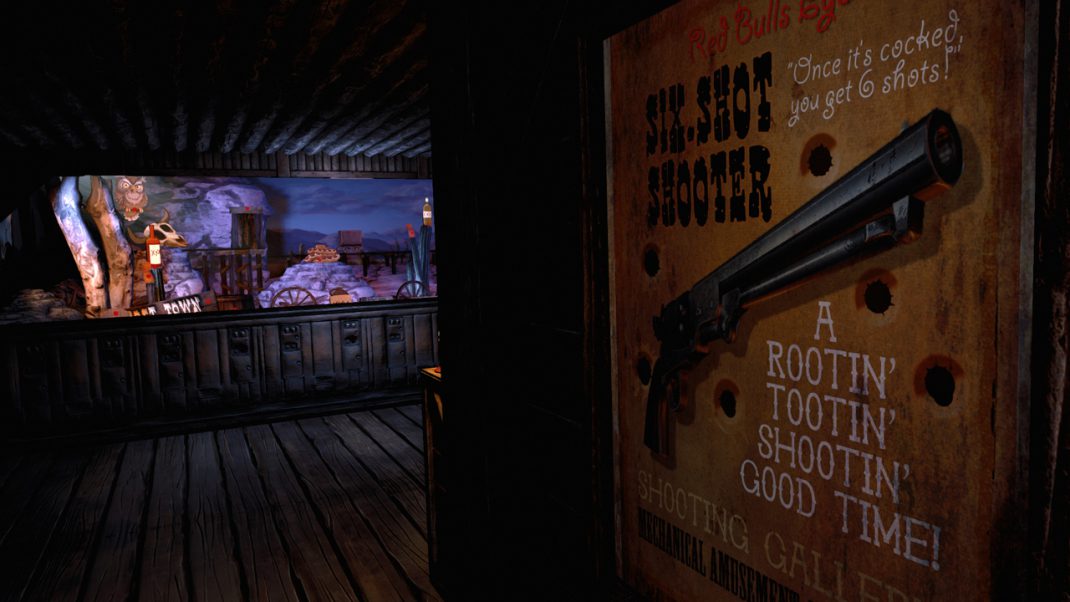 Explore an abandoned tourist attraction, test your shot at the Shootin’ Gallery and board the mine cart ride for a descent into hell. A thrilling new Horror Experience for the HTC Vive. Can you make it out alive? Ghost Town Mine ride is approximately a 25 minute, fully immersive experience. The player alternately moves freely and on rails as they explore the attraction and the disused mine below. Ghost Town Mine Ride was developed using the Unreal 4 engine and requires an HTC Vive headset and controllers to play.

Kerry McCarn-Ostir, Executive Producer, says, “Abandoned theme parks and roadside attractions have such an interesting look. It’s a place that embodied joy and fun, but, once they’ve sunk into disrepair, the creepiness oozes out. It’s an environment that can evoke a huge emotional response.”

“This is the first part of a larger story we have planned for future releases,” says Director/Developer Rob Ostir. “I’m pretty much obsessed with dark rides and haunted places in general and have always wanted to create a haunted mine themed experience. Virtual Reality is the perfect medium for that.”

Ghost Town Mine Ride will be released on Steam: http://store.steampowered.com/app/459010/