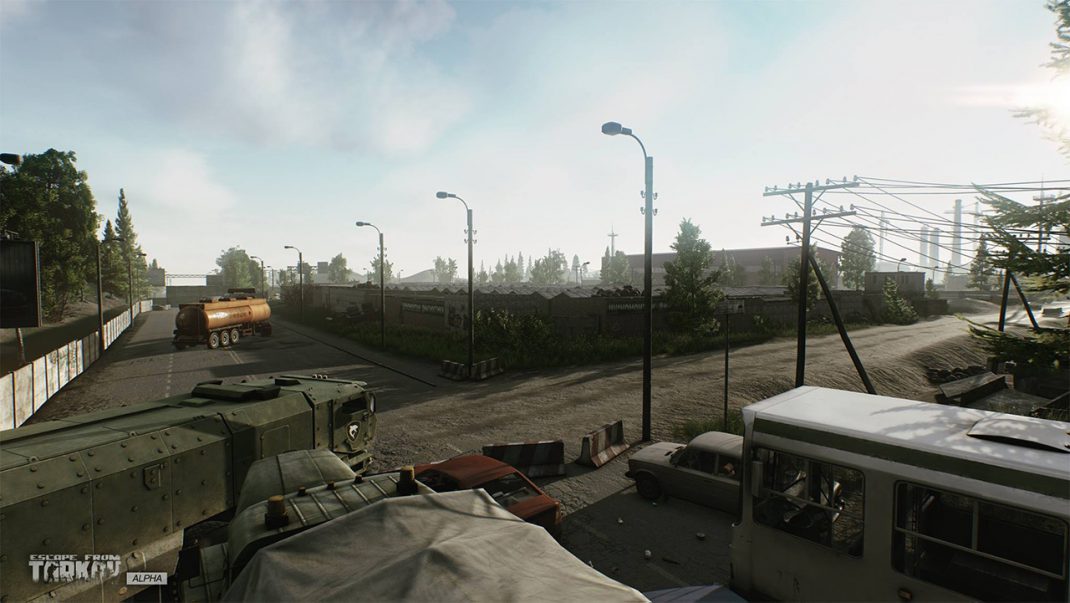 Recently, we got the chance to ask the COO of Battlestate Games, Nikita Buyanov, some questions regarding their upcoming game, Escape From Tarkov. We’d like to thank both Nikita Buyanov and PR guru Ted Brockwood for making this possible.

Q) Hello and thanks for talking with us! Can you tell us a bit about yourself – your favorite games, etc?

A) My name is Nikita Buyanov, I’m the COO and Lead Designer at Battlestate Games. I’ve been making games for eight years now; before that, I worked in advertising, but have always been an active member of modding community, and making games has been my aspiration as long as I can remember. Naturally, the range of my interests in games is very wide – from space simulators to FPS and much more- but, obviously, as far as genres go, FPS is my favorite. Considering this, it may sound unusual, but my personal top-of-the-list is Soma, followed by the Metal Gear series and the first two Modern Warfare games. 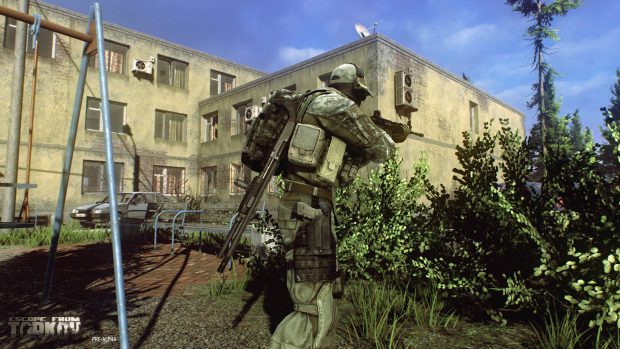 Q) What were some of the challenges in creating Escape from Tarkov?

A) The biggest challenge is pretty common – planning, keeping within the schedule, avoiding issues that could stretch the development stages – basically, properly managing time. Of course, from time to time we also have technical difficulties related to the engine specifics, but nothing unmanageable.

Q) How would you say that Russian gamer culture is different or similar when compared to the United States?

A) Lately the two cultures have been drawing closer, but the difference is still obvious. US gaming seems to be dominated by the console games and the concept of playing for fun and less realism. In Russia (and, in some other countries as well), players tend to draw their fun from achieving and overcoming, leaning towards PC and more realistic and complex games. It’s in our blood, so to say. Hence our undertaking to create a game universe that would closely imitate reality, and, rest assured, if our players get some “fun”, it will be hard-earned and well-deserved.

Q) Is Escape from Tarkov a sandbox game, campaign driven game, or something else entirely?

A) It’s both a sandbox and story-driven game, all mixed together with various mechanics that make the game closer to what we call a “hazardous environment combat simulator”, which includes elements of survival, exploration, and RPG-style skill upgrades.

Q) One of the things that a lot of gamers are talking about is your extensive and realistic weapon customization system. Are you guys using real world manufactures and equipment in the game or mods inspired by real world stuff?

A) We only include existing weapons and modifications in our game, there’s no “made up” gear or guns whatsoever. We purchase or rent lots of training weapon replicas, and have many friends who are happy to provide us with specimens for research, as well as ongoing contacts with manufacturers. So, well, this is our concept for weapons – lifelike realism.

Q) Speaking of weapons, how much research did the team do to get their realistic handling replicated so well?

A) For that purpose, we regularly visit shooting ranges. Although here in Russia we can’t simply take a machinegun and fire away like in some of the US states, we still give the key weapons specialists an opportunity to try them out live in all kinds of situations, and record reference videos in ultra-slow motion for research, and then replicate this experience. 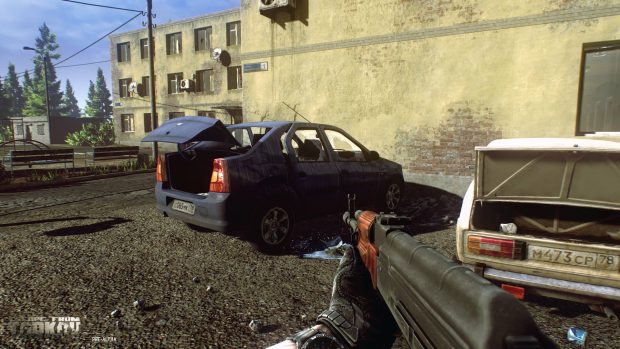 Q) Can you tell us a little about how the civilian savage scavenger (“SCAV”) system works in the game with regards to the player playing as one of them? Is that separate from the main experience?

A) Scav is basically a separate game mode. Our main character is a PMC operator, who progresses through the game story, levels up, upgrades skills, loses equipment if dead, etc. Scavs, however, can spawn on random location even if it’s locked, or in the middle of the raid, and most importantly, on spawning they have random predefined sets of weapons and equipment, hence, there’s no need to fear losing them. If you survive as Scav, you can hand the loot over to the main character’s inventory. Basically, playing as Scav is an option for having some easy fun in game, but very limited. You can’t just play as Scav. They don’t level up or make progress, they are just raiders making everybody’s life harder – or teaming up with other Scav players. Also, you’ll have to be aware of the AI-controlled Scavs as well.

Q) Are there any features, etc that you guys wanted to have in Escape from Tarkov but just didn’t have time or budget to add?

A) We haven’t dismissed any features completely for time or budget reasons. There were some that have been postponed till after release, but sooner or later we’ll implement everything we wanted to. However, we had to dismiss some things for the reasons of pure playability – it’s hard to make a great game by adding more minor features at the expense of unwieldy controls or over complicated interfaces.

A) That’s one of the features that have been postponed. We have prototyped the support of VR controls, but getting them to work properly is whole another story, and it can wait until we have completed the essentials.

Q) Is there anything else you’d like to tell our readers about Escape from Tarkov?

A) Escape from Tarkov is a game that appeals most to the fans of hardcore, or even simulator games. The most important thing to understand is that this game is not about casual “fun”, but rather hard work and toil and learning. The closest feeling to fun will be relief after surviving a raid and maybe even getting some confirmed kills while at it. The gameplay will be completely different from other shooters, so the best way to go is to play cautiously and thoughtfully