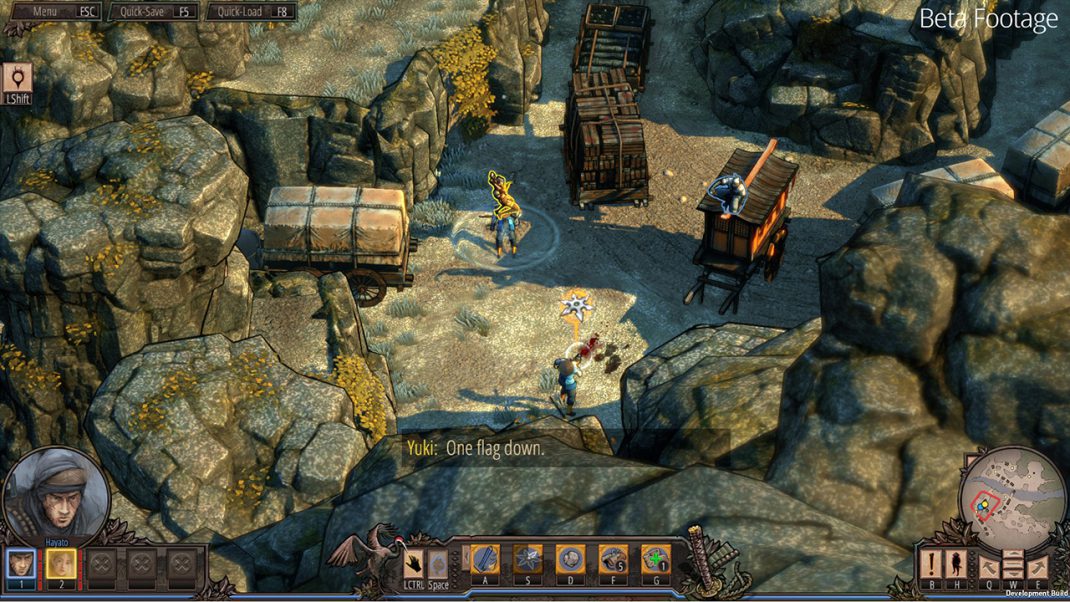 September 14, 2016 – Daedalic Entertainment and Mimimi Productions present their real time tactics game Shadow Tactics: Blades of the Shogun at the Tokyo Game Show 2016. In Tokyo, media representatives and visitors can prove their tactical prowess in Hall 9, Booth 2 in an exclusive hands-on version of the game.

During the Asian exhibition Daedalic Entertainment and Mimimi Productions will announce the official release date: Shadow Tactics: Blades of the Shogun is scheduled for release on December 6th 2016 for PC, Mac and Linux. In 2017, the game will be released for PlayStation®4 und Xbox One™.

About Shadow Tactics – Blades of the Shogun
In the year 1615, a new Shogun rises to power in Japan and strives to bring peace to the realm. In his battle against rebellion he recruits five specialists with extraordinary skills for assassination, sabotage and espionage.

One part of this team is Hayato, an agile ninja, who clears the way through his enemies silently with sword and shuriken. The Samurai Mugen is a bit more straight forward and can defeat more opponents at once at the expense of flexibility. Aiko is a master of camouflage when she distracts enemies as a Geisha, and the street child Yuki places traps and lures the enemies towards their deadly fate. Takuma, however, relies on his sniper rifle and takes care of the enemies from a distance.

The player has to carefully evaluate his options in order to master the challenging missions: how will the characters behave as a team? Which one is best equipped for each task? How can they master the given environments best? Come up with your own ingenious tactics to vanquish enemies and complete missions.