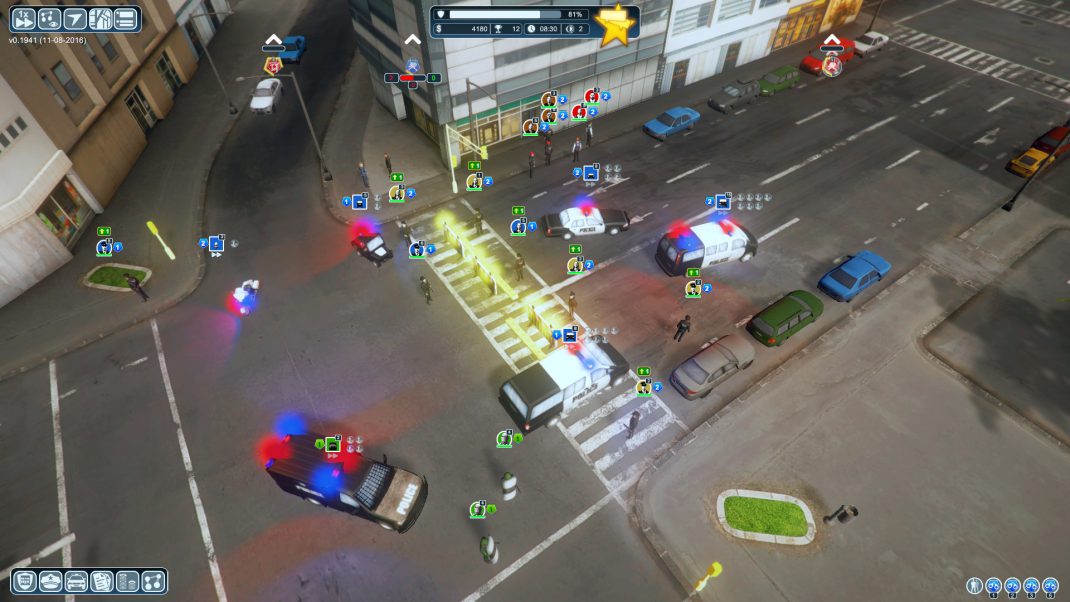 Mönchengladbach/Germany, September 6, 2016 –  The long wait is finally over! The new real time strategy game POLICE TACTICS: IMPERIO by astragon Entertainment will be released on Wednesday, September 7th for PC and Mac!

The inhabitants of the metropolis Newport Falls are eagerly awaiting the help of the local police under new leadership, that shall ensure law and order. In POLICE TACTICS: IMPERIO, the players slip into the role of the young officer Harvey Croft and assume the position of the city’s chief of police. As the first line of defense in the fight against organized crime the whole potential of his police units is at his disposal: Patrolmen have to be sent onto the streets and crime scene investigators as well as special units have to be trained. Consulting witnesses and collecting clues and hints is also part of the daily business as a law enforcer. Beside different unit-types, the players can of course fall back on various realistic operational vehicles, which can appear in the look of either German or US-Police units.

In the fight against organized crime the deployment of policemen will not be enough – an essential part of the work as police chief is the management and ideal usage of the department’s budget.

In POLICE TACTICS: IMPERIO players will climb the career ladder to the top and unlock more and more city districts, units and upgrades. On their dangerous path they will solve thrilling cases, investigate felonies and prevent daily infractions all over the city in a dynamic day- and night cycle.