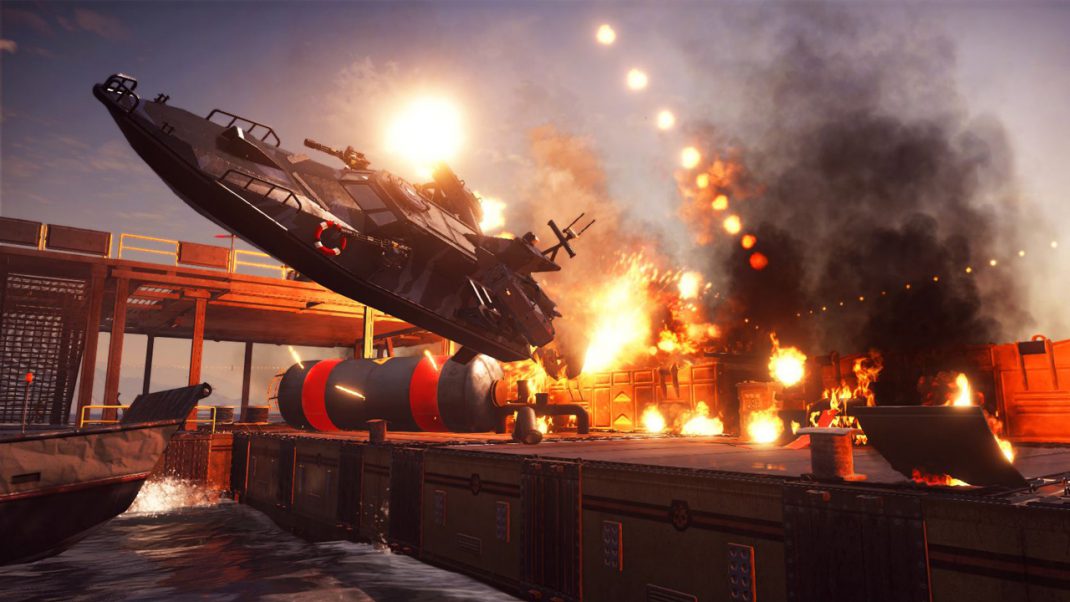 LOS ANGELES (August 10, 2016) – Square Enix® and Avalanche Studios™ today announced that JUST CAUSE 3®: BAVARIUM SEA HEIST™, the third and final content pack of the AIR, LAND & SEA Expansion Pass, will be available to all expansion pass holders from August 11 and will go on sale as a separate add-on for everyone else from August 18. To celebrate the release, a brand new launch traileris now available.

“Our aim with the Air, Land & Sea Expansion Pass was to completely alter the way players tackle the game and we’ve achieved just that,” said Marcus Andrews, Lead Designer of the Air, Land & Sea content at Avalanche Studios. “Each of the three packs of new tools allows the player to wreak havoc in fresh, creative, and unique ways that ensures both new and existing fans of Just Cause 3 will have hours of additional content and an enormous number of ways to approach any situation”.

Brave the dangerous waters of West Medici in your new rocket boat and infiltrate the Stingray, a mysterious research facility, home of the rarest and strongest weapon ever created by the Eden Corporation. This content pack includes a brand new location to explore, missions, a new challenge type, the heavily armed rocket boat and the devastating “Eden Spark” lightning gun.