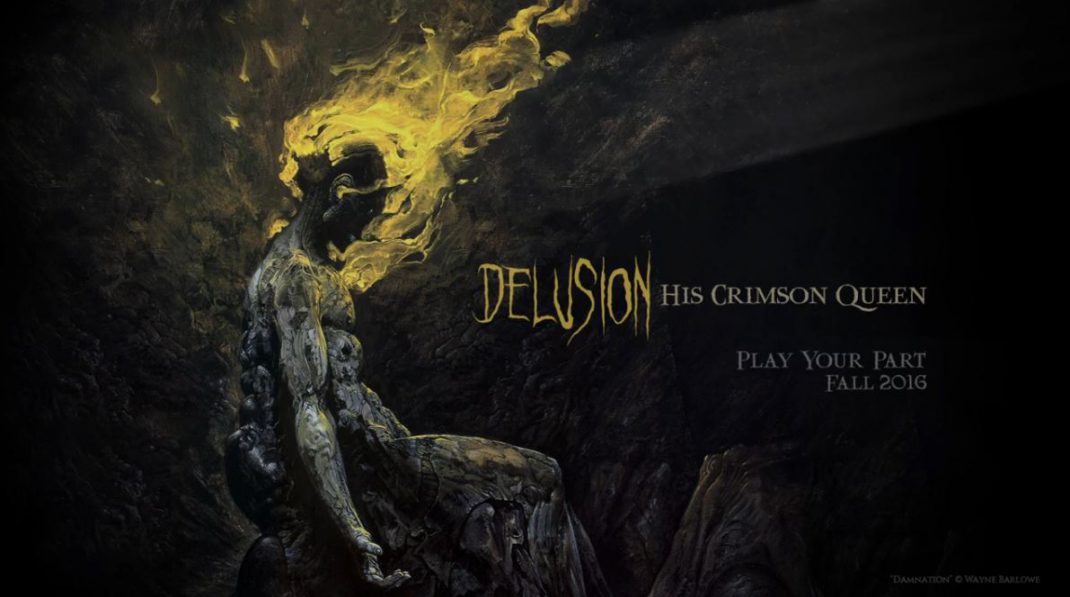 DELUSION Returns this Halloween with His Crimson Queen

LOS ANGELES, CA, August 05, 2016  —  After a hiatus year in 2015, Los Angeles’ premiere interactive theater company DELUSION has announced its return for a brand new season. Heralded as “A genre in interactive horror theatre that no one has come close to beating” by GeekNation, the “Hottest Ticket in LA” by NPR’s All Things Considered, and “The single best horror event in Los Angeles” by Fangoria, this will be DELUSION’s fifth season which will mark its anticipated return with an entirely original production.

Helmed by visionary creator Jon Braver, this year’s show, titled “His Crimson Queen”, returns to the West Adams district of downtown Los Angeles via a new beautiful villa that will set the stage for DELUSION’s highly unique and stylized universe. An all new, original, interactive storyline will transform audiences into the children of Selene & Berke Sullivan as they are called upon by their father to navigate their way through 1930s prohibition era, on a dark and dangerous journey uncovering their mother’s twisted past with the supernatural.

DELUSION (#playyourpart) is the premiere first­person horror experience where audiences are an essential part of the storyline. In order for the Sullivan children to make good on their quest, they must interact with their environment by unearthing clues, engaging with the strange and surreal characters of the villa…and surviving, lest they stumble. Neil Patrick Harris (an Executive Producer on past seasons) says “DELUSION re­imagines and redefines the horror experience with an innovative blend of theatrics and action in a live performance that has never been done before. There are no seats, no comfort of the fourth wall and audience members really have to engage and participate to move the story forward.”

As the first production of its kind, with four previous events that shook the horror world by ushering in a new era of storytelling, DELUSION remains one of the most popular interactive events with an absolute commitment to quality. Creator Jon Braver, who has worked on A­list films such as The Dark Knight Rises, Star Trek, Iron Man, and Indiana Jones of the Crystal Skull, employs professional actors, innovative special effects, imaginative theatrics, and an original score to create an interactive experience unlike any other.

Past seasons have sold out quickly, and we are urging guests to book tickets while they are still available. DELUSION will run from September 29 through November 13th. Tickets are available as of August 9th via Flavorus: