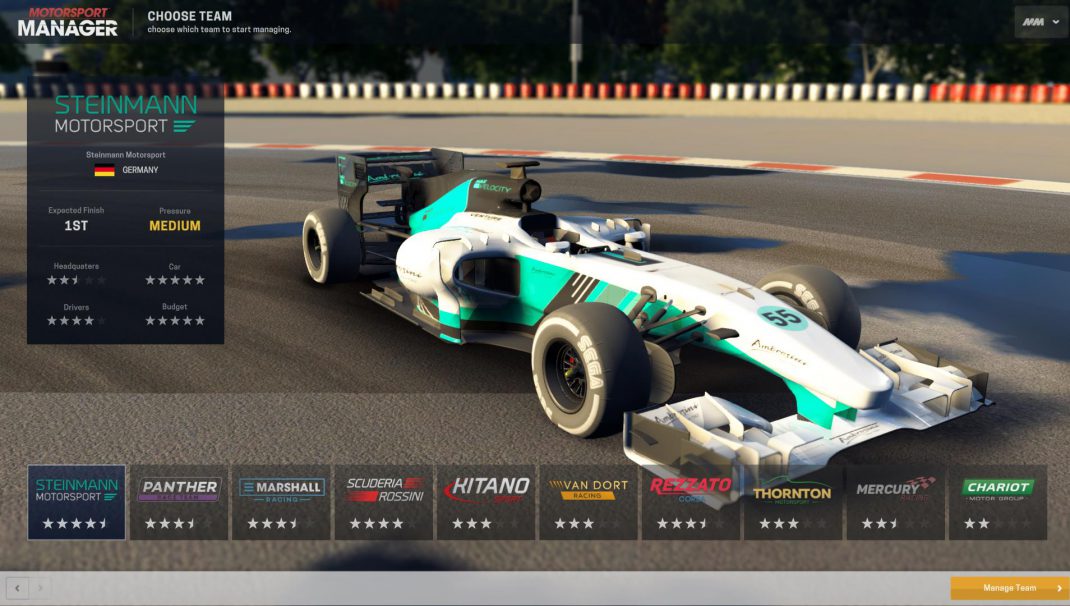 Created by Playsport Games and published by SEGA, this new title is a highly detailed management experience for motorsport fans. Players are embedded in the exciting world of open-wheeled racing and take on the role of team manager. You own every decision in building your own team, starting with the construction of your own Headquarters and workshops, through staffing and recruitment to hiring the most experienced of drivers. Motorsport Manager then allows the player to tune the cars, develop new parts and create race strategies in real time. Not only do you make tactical race decisions but players can even participate in the political manoeuvring behind the scenes to secure an edge for their team. If you are a motorsports fan, this game will bring your fantasy of running your own team to life. Do you have what it takes?

Motorsport Manager™ allows players and fans of motorsports to explore all aspects of managing a racing team and who better than Scott Speed to talk about how the depth and realism come to life in this game?

Scott has excelled in a variety of racing disciplines throughout his career. Formerly a driver for the Scuderia Toro Rosso F1 team, he made his Formula One race debut in 2006; he became the first American to race in F1 since Michael Andretti in 1993. Speed later turned his career towards stock car racing; specifically NASCAR.

Currently competing with Andretti Autosport and Volkswagen to race for the Red Bull Global Rallycross Series Championship; his behind the wheel experience and off the track knowledge makes Speed the perfect ambassador for Motorsport Manager.

“Throughout my racing career, I’ve learned a lot about both sides of the pit wall,” said Speed. “Motorsport Manager really demonstrates how all of these dynamic and complex elements need to come together in order to win races and championships. There are so many moving parts that have never been put into one game before. In some ways, it’s even more absorbing than being the driver!”

Coming to PC and Mac in September 2016, Motorsport Manager™ promises to give motorsport fans the ultimate experience in motorsport management. The development team is very excited to be working alongside Scott. “He is a talented and gifted driver, who has excelled in a variety of different series,” said Christian West, Co-Founder and CTO of Playsport Games. “Not only does this require skill behind the wheel but also a great aptitude outside of the car – working with the team, sponsors and series officials. Motorsport Manager is about leading your team to success, which makes Scott the ideal person for us to be partnered with.”

For more information about Motorsport Manager™, log on to http://www.motorsportmanager.com.