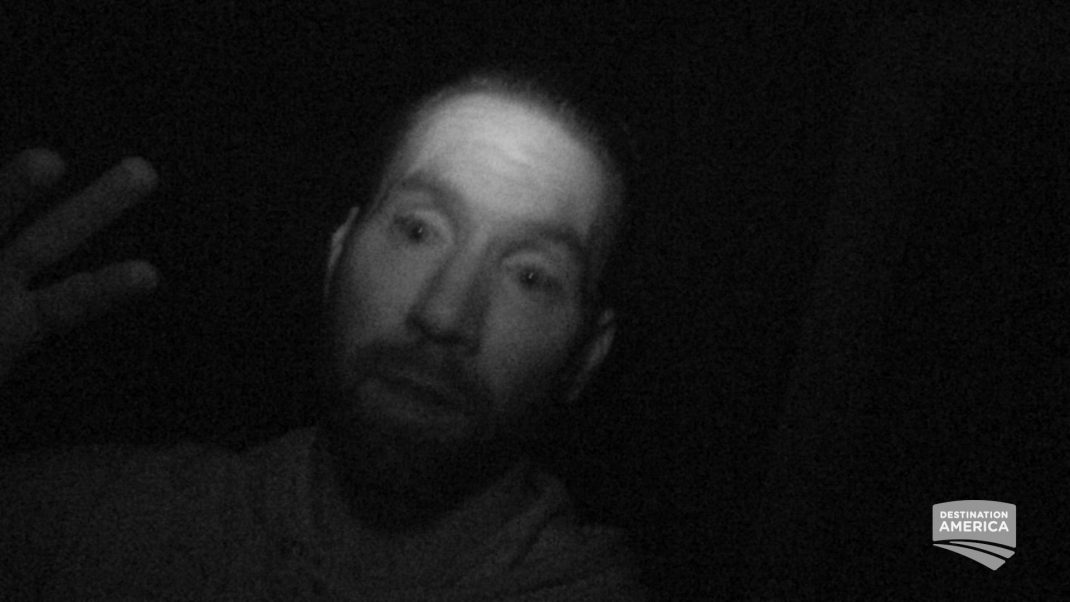 (San Diego, Calif.) – This October it’s Halloween all month long on Destination America with a celebration of all things that go bump in the night. October – make that GHOSTOBER! – keeps the thrills and chills coming with week after week of premieres so spooky viewers will never want to leave the safety of their sofa. TV’s #1 home for paranormal programming delivers tricks and treats every night of the week during GHOSTOBER, culminating in a supernatural television event sure to scare socks off. From the network that delivered the first-ever live televised exorcism last fall, comes the two-hour PARANORMAL LOCKDOWN HALLOWEEN SPECIAL (wt), premiering Friday, October 28 at 9/8c only on Destination America.

The special television event follows paranormal all-star Nick Groff and seasoned ghost hunter Katrina Weidman from Destination America’s hit series PARANORMAL LOCKDOWN as they investigate the Black Monk House, located in Yorkshire, England, which is universally feared as the home of the most violent poltergeist activity in history. Groff and Weidman will confine themselves to the infamous house for the longest paranormal investigation ever on television in an attempt to capture the most convincing paranormal evidence ever to be recorded. World renowned paranormal researcher and demonologist John Zaffis, whose hit series HAUNTED COLLECTOR currently airs Tuesdays at 10/9c on Destination America, will provide analysis.

“The Black Monk House is an absolutely terrifying location that, as we’re hearing from the cast and crew, is already haunting the production team as they prepare to begin filming on location,” said Jane Latman, general manager of Destination America, “Marking Destination America’s first ghost hunt abroad, the special is an exciting milestone in our quest to present paranormal fans with the scariest supernatural stories known to man.”

Today, the Black Monk House sits empty. It continues to challenge paranormal investigators and enthusiasts, as no one has been able to withstand more than two days in the house. Over the last 50 years, visitors to the Black Monk House have reported unexplainable demonic sounds, objects levitating, and people being physically attacked. There was even an account of a little girl being dragged up a flight of stairs by an unseen assailant, forcing her family to flee the home. It’s believed that the spirits in the house can be traced to an ancient burial ground and gallows that were once located near the land where the house currently sits.

“There are few locations in the world that frighten me to investigate, and the Black Monk House has a strong energy pull like nothing else I’ve ever researched,” said Nick Groff, executive producer and host, PARANORMAL LOCKDOWN. “The history of the land holds a massive amount of bloodshed, and the house has a heart still pumping the negative forces continuing to harm the living.”

In addition to the special, PARANORMAL LOCKDOWN is currently filming its second season, slated to hit Destination America’s air in early, 2017.