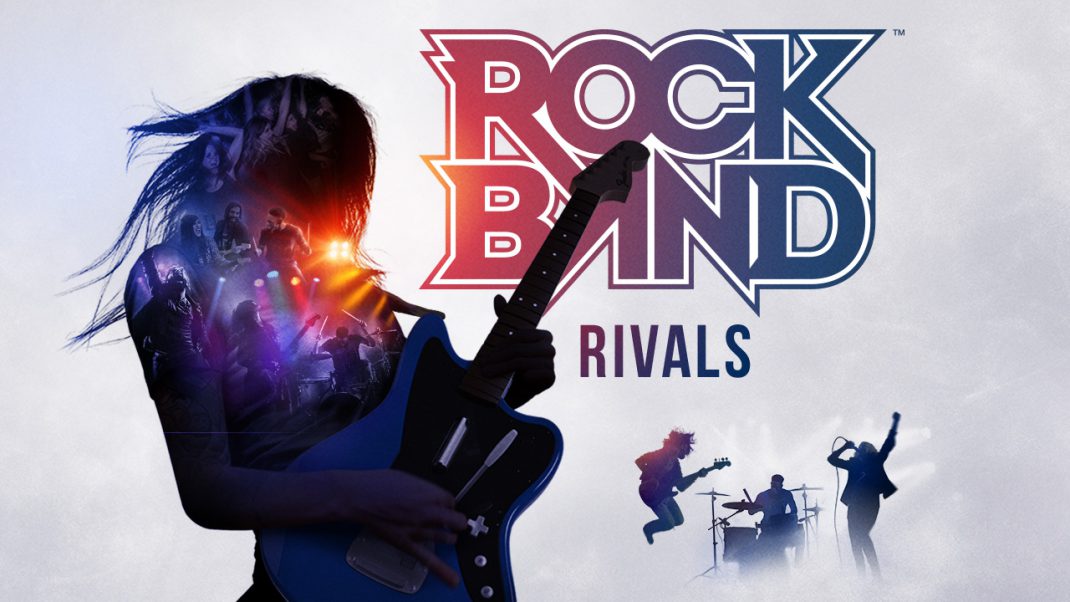 BOSTON, MA – July 19, 2016 – Harmonix Music Systems, Inc. and Performance Designed Products LLC (PDP) today announced Rock Band™ Rivals, a new expansion pack for Rock Band 4, is now available for pre-order. Rock Band Rivals will be available either as part of a new set of hardware bundle offers at select retailers worldwide or as a digital upgrade for existing Rock Band 4 players. Rock Band Rivals will introduce two all-new game modes as well as multiple new venues and Rock Shop items, and will be available for PlayStation®4 and Xbox One this October.

Rockudrama is an all new campaign mode and the world’s first playable music documentary. Featuring a mix of live-action video, in-engine footage and classic Rock Band gameplay, Rockudrama dynamically tells the story of your band’s epic, and often hilarious, rise to fame. As players progress through their band’s memorable and winding road to glory, they will be introduced to a series of new venues and character assets that will be unlocked for play across all of Rock Band 4’s gameplay modes.

Rivals mode will introduce the biggest evolution to the Rock Band meta game in the franchise’s history. In Rivals, players will form crews of up to ten people to take on other crews around the world in a structured and ongoing series of unique gameplay challenges. Regardless of skill level, players will be able to make meaningful contributions to the fate of their crew and impact their crew’s weekly rise and fall against their chosen rival groups. Additional details about Rivals mode will be revealed at PAX West this September.

Following the precedent set by Rock Band 4, Rock Band Rivals will be supported with regular, free monthly updates following launch. Including the release of synchronous online multiplayer in December.

“Rock Band 4 was designed to be the ultimate social and party game for your living room. With the Rivals expansion, we’re entering new territory and giving people fresh and fun ways to play with other Rock Band players and our gigantic music library both in their living rooms and online,” said Daniel Sussman, Rock Band product manager. “With our innovative new modes and our amazing pre order offers we expect to see Rock Band fans new and old loving what Rock Band Rivals will offer this October.”

For players interested in pre-ordering Rock Band Rivals, Harmonix and PDP have prepared a compelling suite of pre-order rewards, starting with a ten-song bonus DLC pack that will be delivered for free at launch. Pre-order bonus songs* include:

Players who pre-order at GameStop will be able to purchase a limited edition of the Rock Band Rivals Wireless Jaguar Bundle with a Charcoal Gray Fender™ Jaguar™ guitar controller exclusively during the pre-order period.

Players who already have hardware and are interested in pre-ordering digitally will also have an opportunity to snag some unique content. In addition to the ten song bonus DLC pack, players who pre-order the Rock Band Rivals Digital Bundle ($59.99) will receive an exclusive Cheeseburger Tee in the Rock Band 4 Rock Shop, ensuring that their characters look as delicious as they do stylish.

Existing Rock Band 4 players who pre-order the Rock Band Rivals Digital Download ($29.99) will receive both the ten song bonus DLC pack and the Cheeseburger Tee as well as an exclusive Golden Sword Guitar.