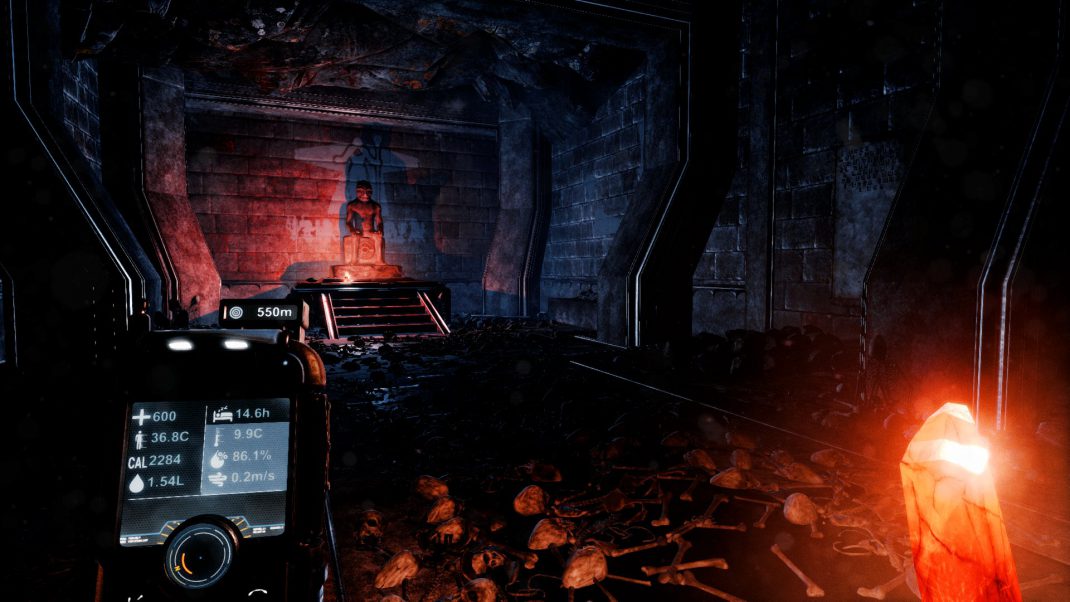 Prague/Uppsala – 11th July 2016 – Publisher Grip Digital and developer Teotl Studios are excited to announce today that their ever-evolving exploration-adventure game The Solus Project, already a hit on Steam, will touch down on Xbox One on Friday 15 July. The totally updated final version of The Solus Project offers every player a rich single-player story, packed with deep exploration and adventure, and an exciting and harsh extra terrestrial environment that challenges every player’s survival skills from beginning to end.

The Solus Project strands players on an alien planet and challenges them to get to grips with changing, hostile environment while struggling to find a way to send a signal home – and save the human race in the process. Planet Earth has been destroyed and what remains of mankind lingers on in a small fleet of ships near Pluto. As the last hope for our species, players are sent to scout a distant planet as a potential location for a colony.

After years of drifting through space, when the right new home seems to have been found, disaster strikes, and your ship is destroyed on entering the mysterious planet’s orbit – only you survive. With team members dead and all your equipment gone, you must cope with the stark reality that you are completely alone and must learn survival tactics to explore, gain vital information in secret locations, and send a message for help.

Key Features in The Solus Project include:

·         EXPLORATION: Unlock the depths of the uncharted planet, and discover the secrets buried deep below. Delve into huge cave systems and tombs and uncover more than 200 secrets.

·         ROLE-PLAYING: Be a pioneer, an archaeologist, and an astronaut to explore a mysterious alien planet. The adventure has a beginning and an end, but it is a harsh world. Your death means the end of mankind. Save humanity and rebuild a communication device to phone home, by scavenging useful items.

·         ATMOSPHERE: Soak in the rich, fully dynamic environment. An alien day and night cycle and a dynamic weather system are synchronized to calculate everything from temperature, wind, humidity, cloud coverage impact on the climate, and more. It handles ocean tides. Plants respond to the climate. Storms form. Earthquakes happen. Watch out!

The Solus Project is a single-player exploration adventure with survival elements. The adventure is set on a mysterious planet and is the spiritual successor to The Ball, which was voted as the 2010 PC Gamer Action/Adventure Game of the Year.