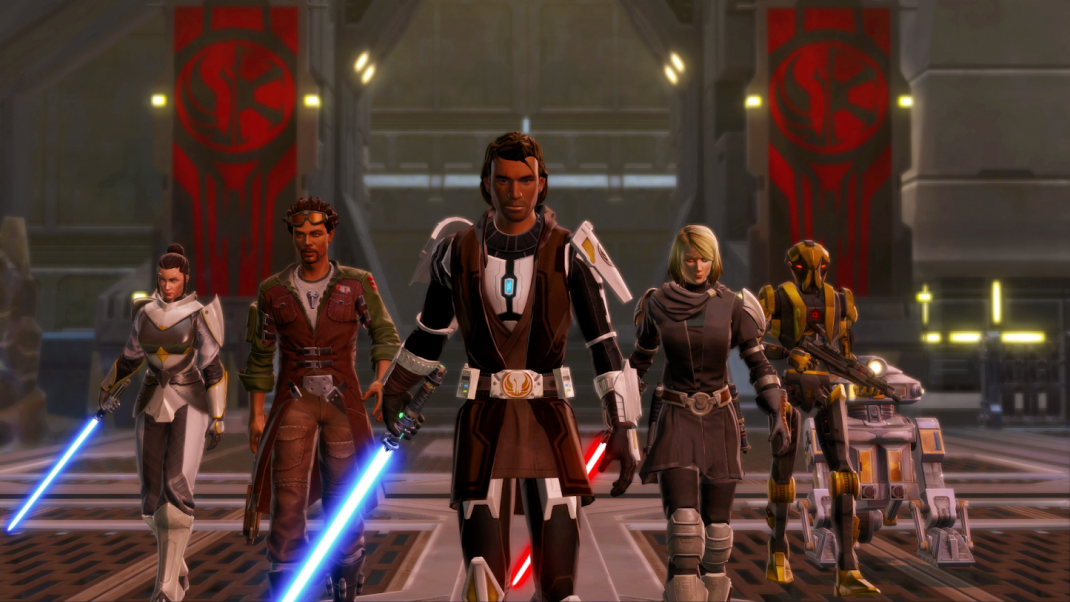 June 23, 2016 – The battle between the dark side and light side of the Force™ grows stronger in Star Wars™: The Old Republic™. Today, BioWare and Lucasfilm reveal details of a new in-game event where players take on exciting challenges in the fight for control of the galaxy. The summer-long event begins June 28 and is open to Star Wars: The Old Republic players* interested in earning legendary rewards and changing the fate of the galaxy:

The outcome of everyone’s dark and light side decisions will determine the state of the galaxy as the future of Star Wars: The Old Republic evolves this Autumn. So be sure to check here to see which side is dominating and stay tuned for more details!

There’s never been a better time to jump in and play Star Wars: The Old Republic. From heroic missions that force you, as the Outlander, to make life and death decisions in the latest Knights of the Fallen Empire story expansion, to intense Force™ battles across the galaxy, now is the time to experience the deep storyline and exciting gameplay that puts you at the center of your own personal Star Wars™ story.

Choose your path to Legendary now.

Check out the amazing rewards you can earn with your heroic efforts: www.swtor.com/blog .

*Some in-game challenges require a paid subscription to access