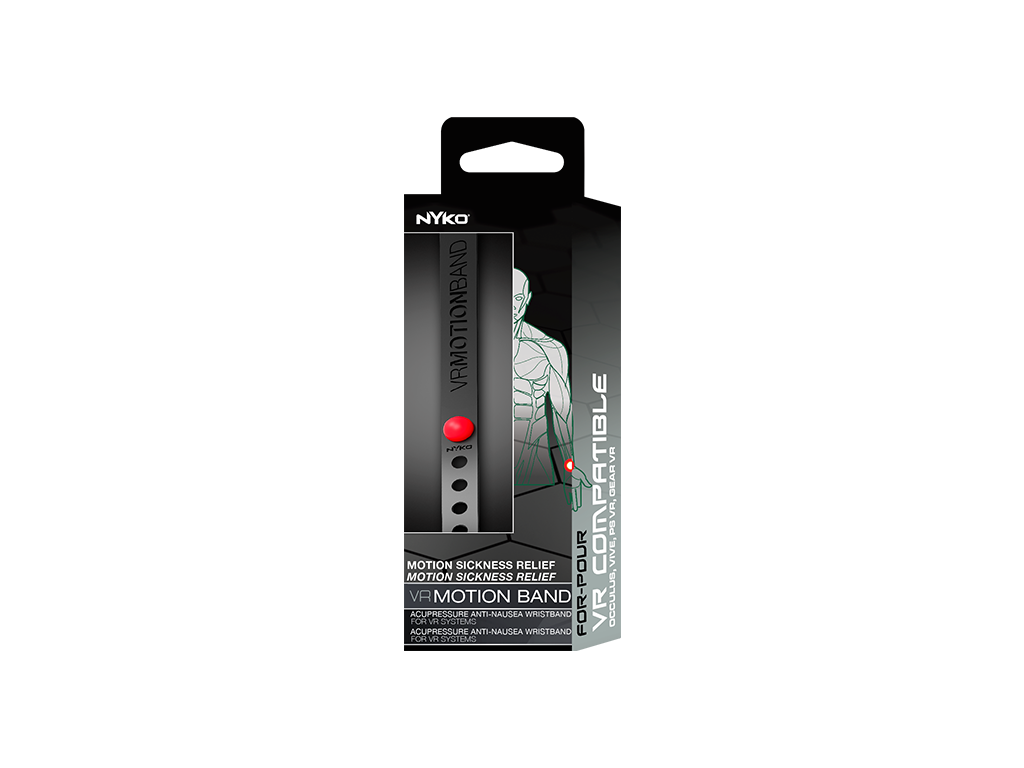 LOS ANGELES – June 14, 2016 – Inventive video game accessories manufacturer Nyko Technologies today debuted its first ever line of virtual reality gaming products at the 2016 Electronic Entertainment Expo (E3) in Los Angeles. The new VR accessories include the VR Guardian, a Bluetooth-powered boundary system that creates a “safe zone” for floor-scale gameplay, and a VR Motion Band designed to reduce nausea. In addition, the company also unveiled new console gaming accessories for the Xbox One™ and PlayStation®4, including the Charge Block Solo featuring a modular design that can be used individually or combined to charge controllers for both consoles, and an Intercooler Grip and SpeakerCom for the PS4. All products are set to launch within the 2016 calendar year.

Hands on demos are available from Tuesday, June 14 to Thursday, June 16 at Nyko’s exhibition booth in the West Hall, #4500.

“VR gaming has achieved significant traction in the past year and presents greater opportunities for us to do what we do best – improve upon the overall gameplay experience through smart design and useful applications,” said Chris Arbogast, Nyko’s head of sales and marketing. “We spent a lot of time in the product research and development phase identifying the key issues facing gamers with VR. These new products address nausea and call for improved safety, especially with respect to not-so-imaginary walls and furniture, while playing in a virtual world.

VR Guardian
VR’s unparalleled immersion is incredible, but when a virtual space starts to feel like reality and the boundaries of your world feel entirely arbitrary, it can also be hazardous. VR Guardian is a complete VR boundary system that lets users designate a “safe zone” for floor-scale gameplay, using sensors and wristbands to alert you before you trip over a couch or run into a wall. The VR Guardian uses four Bluetooth sensors to form a user-defined grid. The sensors are paired with two adjustable wristbands that vibrate and alert the user when they begin to encroach on the designated boundary. When not in use, the sensors and wristbands can be neatly stacked together for easy storage and simultaneous charging. VR Guardian is compatible with all VR systems, and will begin shipping in fall 2016 for an MSRP of $99.99.

VR Motion Band
Designed to address the unfortunate pesky side effects of prolonged VR headwear use, the VR Motion Bands use an acupressure bead to stimulate the anterior surface of the forearm (a key pressure point) on both wrists to potentially reduce nausea, dizziness, and headaches. By applying pressure on this point, the wristbands help release muscular tension and stress, promote the circulation of blood, and enable the body to relax. The VR Motion Band is an adjustable one-size fits all band for an MSRP of $9.99. The product is expected to ship in fall 2016.

Charge Block Solo for PlayStation®4 and Xbox One™
The Charge Block Solo is a versatile solution for quick, easy controller charging – it can plug into any wall outlet, USB port, or even another charge block for simultaneous charging. The power cable can also disconnect for separate charging–it’s a standard micro USB that can be used to charge a controller while playing or with any other USB device like a cell phone, allowing you full control and flexibility for your charging needs. The Charge Block Solo for PlayStation 4 (MSRP of $14.99) comes with Nyko’s patented micro-USB dongles for charging, and will be available for pre-order online on GameStop and Amazon. The Charge Block Solo for Xbox One (MSRP of $19.99) includes a 1200 mAh battery and will be available for pre-order on GameStop and Amazon. Both products will begin shipping September 2016.

Charge Block Duo for PlayStation®4 and Xbox One™
The Charge Block Duo is designed for easy, rapid dual controller charging. Like the Charge Block Solo, it can draw power from a wall outlet, USB port, or other charge blocks, and can be split into two separate charge blocks per user convenience. The Charge Blog Duo for PlayStation 4 (MSRP of $24.99) comes with Nyko’s patented micro-USB dongles for charging, and will be available for pre-order on GameStop and Amazon. The Charge Blog Duo for Xbox One (MSRP of $29.99) includes two 1200 mAh batteries, and will also be available for pre-order online at GameStop and Amazon. Both products will begin shipping September 2016.

To learn more about Nyko and its various products, visit: