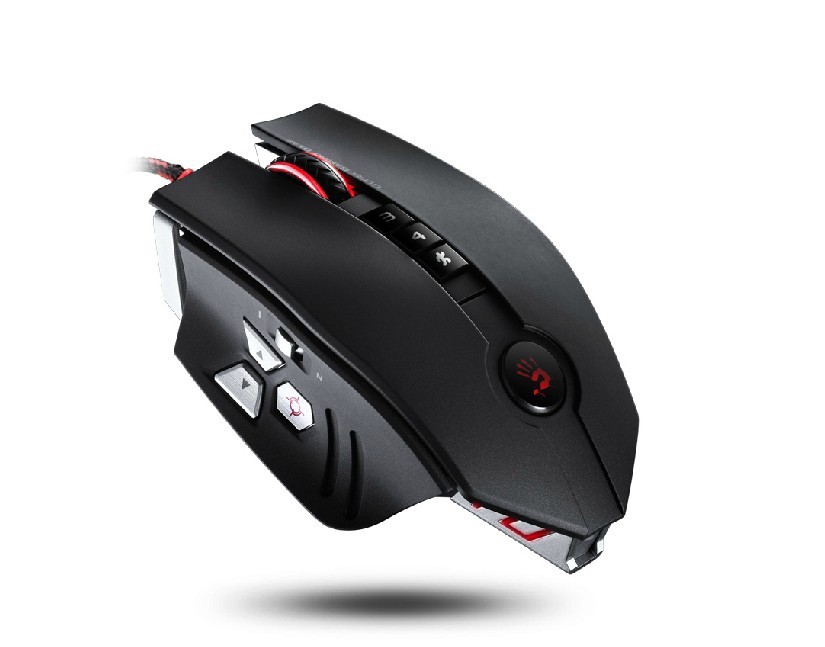 Back when I attended CES in January, I had the opportunity to check out a bunch of amazing tech, like an electronic geek in a techno candy store.  Just like many other people in that candy store, I knew I couldn’t even begin to buy much of those items at retail as the prices are really high (bleeding edge tech and all).  I then started searching for tech that gave me as much of the same bleeding-edge cool factor without the bleeding-edge price tag. From a peripheral maker you may not know yet comes a mouse with an amazingly large number of features in a sexy package: the Bloody ZL50 Sniper Edition Laser Gaming Mouse with LightStrike Technology. 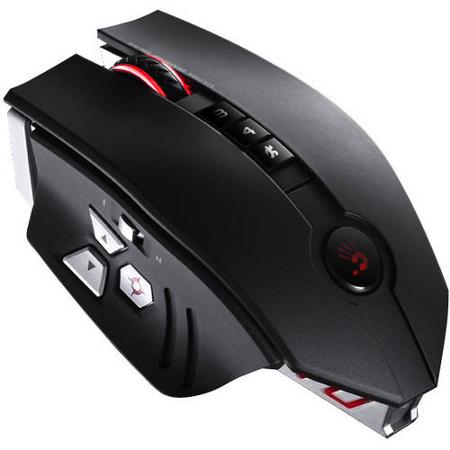 Now that I’ve presented you with all the important technical details you may want to soak in like the ingredients on a candy wrapper let’s take a bite. I probably would have skipped over that last section entirely myself because to me what matters isn’t a bunch of numbers that by themselves are impressive but really have to be brought together to decide how well it work out.  For example, the 6 sniping modes are useless if the snipe button configuration is in a bad location so that it can’t quickly and comfortably used.

So we’ll start with the buttons.  Not only are the side ones in an easy to use locations but the positioning and shapes make it clear which one you are using.  The two most forward buttons on the side are sloped in on each other in the natural resting spot of the forward section of the thumb.  The main snipe button is not only in the resting spot of the palm of the thumb but it also has a nice little scope marking on it to make sure you know what it is intended for.  The final side button is actually a a switch that rests above the thumb marked for profiles “1-N” which is a click switch that re-centers after hitting it.  This is one side button I didn’t find as comfortable and easy to use, clicking it back into to the “N” position was easy enough but clicking it up to the 1 requires you to anchor your hand on the other side of the mouse.  It is something you can get used to but it is one of the few features that aren’t as easy. 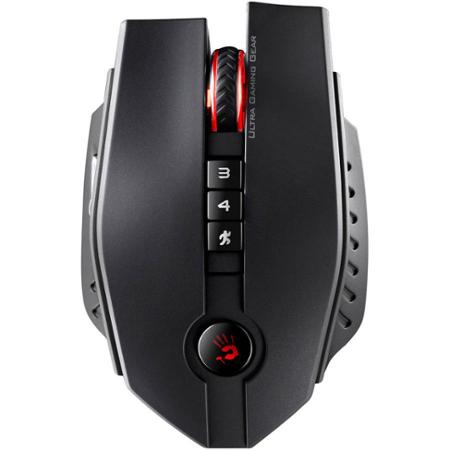 Top button consist five and the wheel, two of them being the left  and right button.  The right and left button are standard and most mice come with a button just behind the wheel now the difference is this time there three buttons to work with.  Just below the button is the bloody logo which handily changes colors when you change profiles as well as the the rear section of the mouse which looks a bit like an insect anthrax.  The last exterior part worth mentioning is the bottom skid plates which are made of metal X’Glide Armor Boots for 20% faster sliding on the skids.

So between all these described outer functions and the interior functions listed in the “Features” section you can see how it is designed nicely to be a FPS sniper mouse while at the same time being useful for any other gaming or non-gaming needs.  The button with the scope on it is designed to quickly change weapons which is ideal if you are sniping and your position is compromised or if you are on the way to or from the roost.  Once you choose to take a sniping shot you choose your weapon then use the side keys to help your shot.  In the guts is 160k of memory which sounds amazingly small but when you consider it is being used in a mouse to map out button and macro designations that is actually about as much as you could want, you can have multiple type such as MMO, FPS, Sim/Tactical, really there is a lot to imagine using it for and once it is programmed into your mouse you can take the mouse driver free to other computers and still have your setting and with someone like me that has medical issues that sometimes leaves him in bed for long periods of time being able to just unplug my mouse and move it to the next computer it is insanely handy.

It also comes with a couple types of interactive downloadable software to make the most of the mouse, particularly in gaming where it has a program designed just to track PK results and how many milliseconds it took to fire and respond. 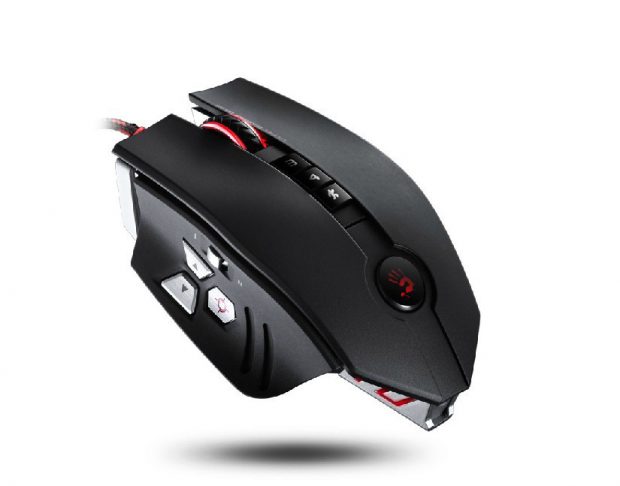 The Bloody ZL50 Sniper Laser Gaming Mouse promises and delivers on a lot of the big boys offer quite often at twice the price.  The company’s logo is pretty awesome too, especially to us horror film / Halloween fans. If I had some stickers I would comfortably put them on all sorts of things since the product delivers and promised and promised a lot.