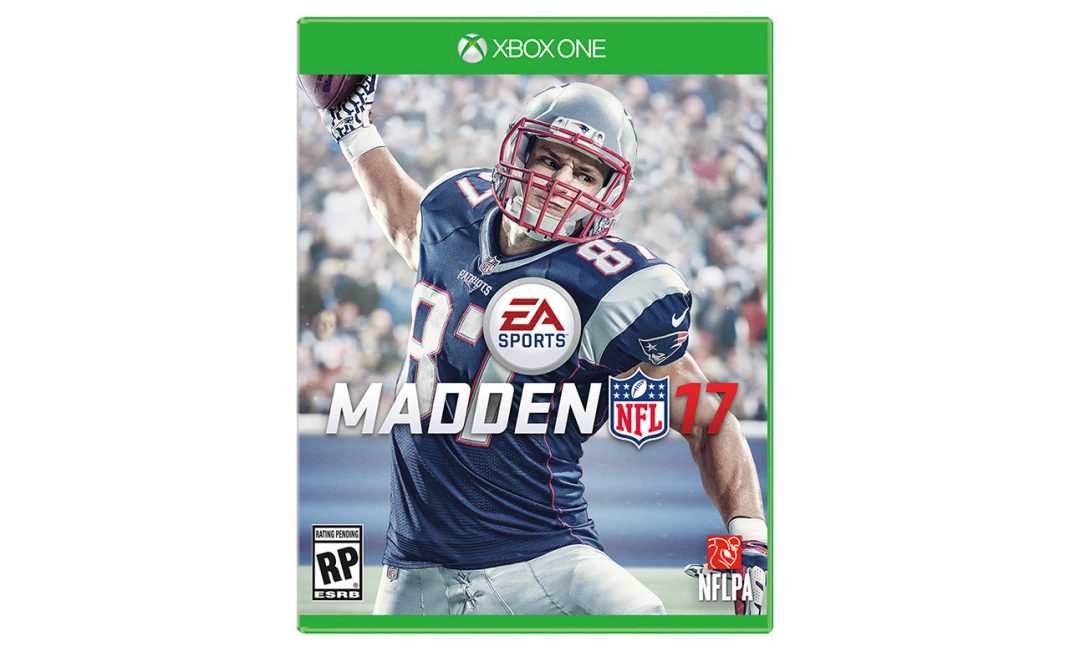 May 12, 2016 – Today Electronic Arts Inc. (NASDAQ: EA) officially unveiled the Madden NFL 17 cover art, featuring New England Patriots Tight End Rob Gronkowski. EA and ESPN jointly revealed the cover live during the 6pm ET/3pm PT edition of SportsCenter, alongside avideo debuting this year’s game. In Madden NFL 17, players on Xbox One and PlayStation®4 can take their team all the way with new gameplay features that elevate the ground game, arming teams for success on both sides of the ball.

“It’s great to finally be able to share with the world that Gronk will be joining our cover fraternity,” said Josh Rabenovets, Senior Director of Global Marketing at EA SPORTS. “He’s one of the most fun, dominant and exciting players in the league, and it’s awesome to feature the famed Gronk Spike on the Madden NFL 17 cover.”

“It’s a really special honor to appear on the cover of Madden NFL 17,” said Gronkowski. “It’s one of those things that pretty much every guy in the league secretly dreams of, so to actually be the one on the cover, it’s a really big deal.”

EA also released a Madden NFL 17 video today showcasing Gronkowski and the first of several new features for next-gen consoles in this year’s game. Fans can check out the Madden NFL 17 website to learn more about improvements to the ground game, including a new path assist feature, new defensive AI and expansion of ball carrier special moves, which give players new creative controls on the ground, all of which are featured on the Xbox One and PlayStation®4 versions of the game.

EA Access* members can try Madden NFL 17 before it’s released for a limited time as part of a Play First Trial, only on Xbox One.

Madden NFL 17 is developed in Orlando, Florida by EA Tiburon and will be available for Xbox One, Xbox 360®, PlayStation®4 andPlayStation®3 on August 23. To learn more about Madden NFL 17, visit http://www.easports.com/madden-nfl.