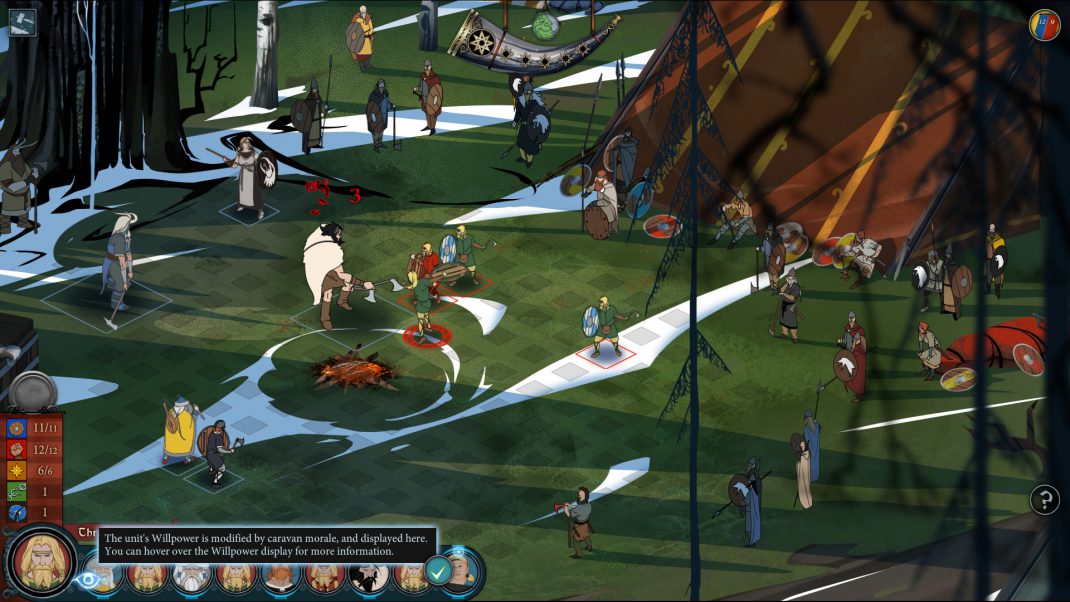 BALTIMORE, MD – May 12, 2016 – Stoic, an independent game development company, and Versus Evil, one of the leading independent video game publishers, today announced that Banner Saga 2 will launch on Tuesday 26th July, 2016 on PlayStation®4 computer entertainment system and to the Xbox One via the ID@Xbox self-publishing program.  Banner Saga 2 recently released on PC and Mac where it received excellent reviews across the board. Check out the accolades trailer here: https://www.youtube.com/watch?v=MN1lPeZWr5M

“We are happy that we were able to create a development schedule where the console version of Banner Saga 2 could come out shortly after the PC version,” said John Watson, Technical Director at Stoic. “Although our team size dictated what we could do with the first release, we knew that a two year wait for the sequel was just not acceptable, so we worked extremely hard to ensure that console gamers could continue their journey in a timely fashion. Our goal for Banner Saga 3 is to simultaneously ship on all platforms!” he added.

“This sequel continues to build on the legacy Stoic has created with the Banner Saga.  New players can jump right in and play without any concern of not playing the original game.   We didn’t want anyone penalized if they were jumping into this story for the first time.“ commented Steve Escalante, General Manager at Versus Evil.  “However, the diehard fans who completed the first game will be able to continue their own saga based on all the choices they made in Banner Saga 1. The Stoic team has done an amazing job of ensuring this sequel is better than the first and addressed many comments their community had including improvements to combat, a wider variety of characters to play and interact with and the addition of more animations and cinematics,” he concluded.

To celebrate the launch of the sequel, the team recently released an “In Memoriam” trailer, an entertaining homage to the first game which is renowned for making gamers make some difficult choices which result in the loss of several beloved characters. The trailer, which was created by Penny Arcade contributor Kris Straub, can be viewed here – https://www.youtube.com/watch?v=nSxrkcmDCpk.

The Banner Saga, which launched to much critical acclaim has received several awards and nominations, including winner of the 2014 Geekie Awards for “Best Video Game”, winner of 2014 Game Developers Choice: “Best Debut” award, finalist placement for “Excellence in Visual Arts” category at the Independent Game Festival, 3 BAFTA Award Nominations, and winner of Pocket Gamer’s 2015 Best Adventure/RPG Game and Best Android Game of the Year. The sequel, Banner Saga 2 for PC is available now through most digital retailers including Steam: http://store.steampowered.com/app/281640/

To learn more about Versus Evil visit: http://www.vsevil.net