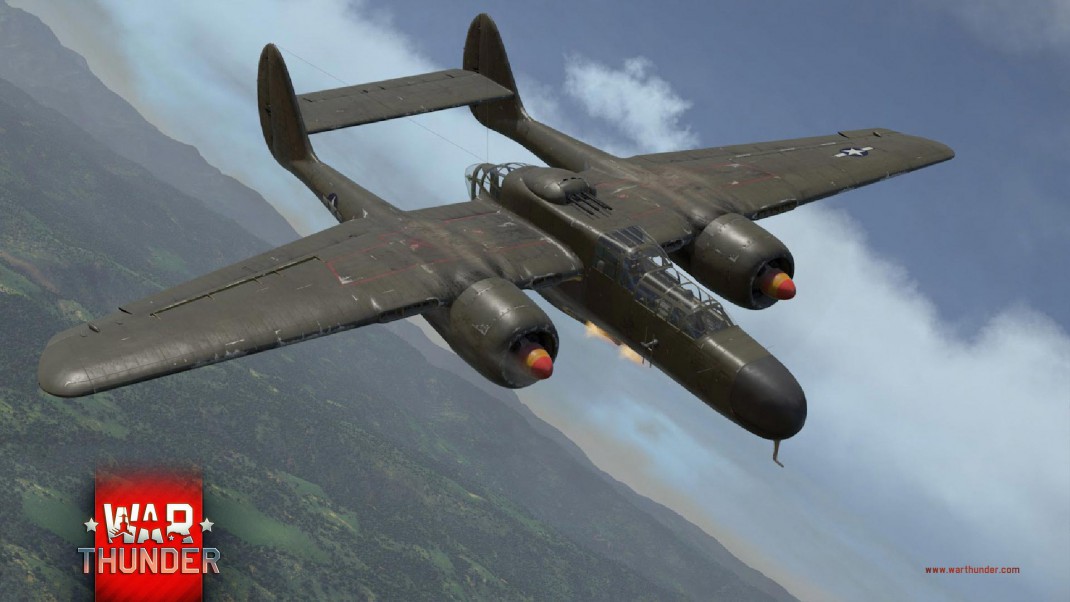 War Thunders ‘Battle March’ 1.57 update will introduce more than 20 new aircraft and ground vehicles. Among them – a giant of the skies, the S.25 Sunderland flying boat, one of the largest sea planes to see active duty during WW2. Also joining the War Thunder ranks is the deadly American P61 night fighter, ‘Black Widow’ (otherwise known as the “flying tank”). Further demonstrating its ability to bring a diverse range of vehicles to its combat sim Gaijin Entertainment are also introducing the FW 189 A-1 ‘Uhu’. This unique looking aircraft was known as the ‘flying eye’ due to its reconnaissance role and unique all glass cockpit design. Another exotic plane, the Do 335 heavy fighter, Germany’s fastest piston powered aircraft with two propellers in alignment also makes it into the latest update.

Other additions on offer include the Falcon AA gun, which has been created in co-operation with the British tank museum in Bovington due to the rare nature of the vehicle. In total, the British contingent will get three top-tier vehicles of which the Conway tank destroyer and Chieftain Mk.3 main battle tank add armoured muscle to. Germany will have new tracked firepower in the form of the deadly Nashorn and other open-top SPGs. USSR will get armour in the form of the T-44-100 and KV-1S and the USA rolls in with the Super Pershing tank.

Update 1.57 introduces two new map locations, Frozen Pass, a new Alpine snow map available for both aerial and ground battles, and the second map Volokolamsk, based on the real location of the same name in Russia which saw heavy fighting against German forces in the defence of Moscow during winter of 1941.

Finally, lighting effects such as muzzle flashes, launch effects of rockets and explosions of bombs has been vastly updated, which means even more spectacular and realistic battles, especially during nighttime.

To see the full list of new improvements vehicles and features, visit the War Thunder developer’s blog sections at the following link: https://warthunder.com/en/devblog/

Other links of interest