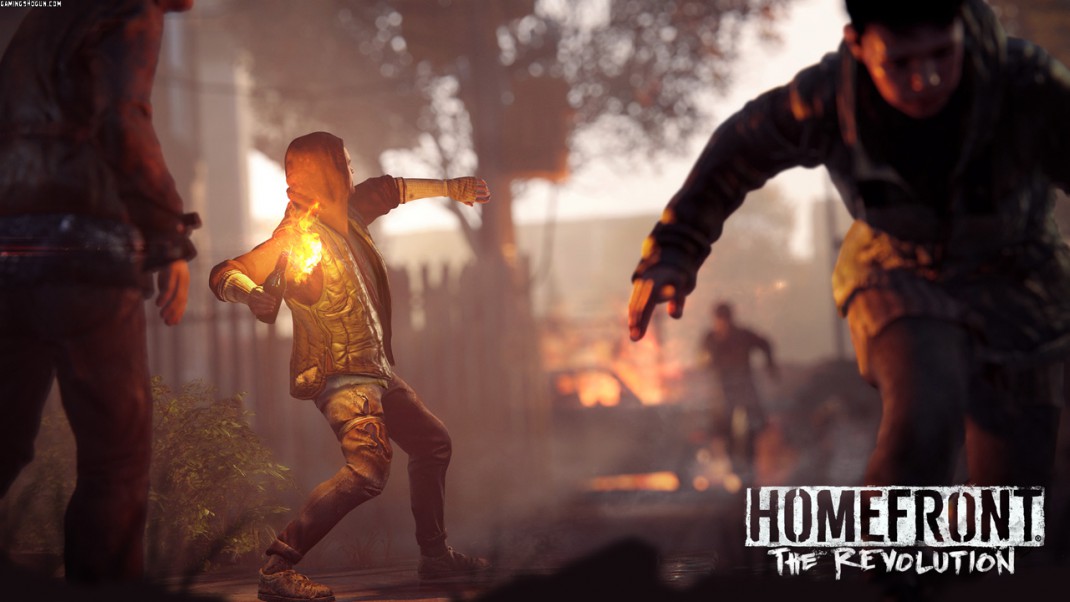 Larkspur, Calif  January 12th, 2015  Deep Silver revealed today that the anticipated upcoming open-world first person shooter, Homefront: The Revolution, will occupy North American retail stores on May 17th, 2016 and May 20th, 2016 in all other territories. Players looking to join the revolution early can sign up now to jump into a closed beta forHomefront: The Revolution, running exclusively on Xbox One, the all-in-one games and entertainment system from Microsoft, in February of this year.

A living, breathing, open world responds to your actions – you and your Resistance Cell can inspire a rebellion on the streets and turn Occupation into Revolution, as oppressed civilians take up the fight. But your enemy has the advantage – superior technology, firepower, heavy armor and air support. You must learn the art of guerrilla warfare – ambush, sabotage, infiltration, deception – and fight a running battle through the war-ravaged suburbs of Philadelphia.

In the ‘This is Philadelphia’ trailer released today, citizens get their first chilling glimpse into the world of Occupied Philadelphia in the year 2029: The birthplace of American freedom has been split into three occupied zones, each zone varying in the level of KPA police activity with each unique zone forcing players to adapt new gameplay strategies in order to further the progress of The Revolution. The ‘This is Philadelphia’ trailer showcases the unforgiving Yellow Zone, distinct from the war-ravaged wastelands of the Red Zone, and the highly militarized Green Zones, the Yellow Zone is a densely populated environment offering a unique challenge and gameplay experience to would-be Freedom Fighters.

Xbox One owners can sign up now to join the revolution in the exclusive Homefront: The Revolution closed beta. Places are limited, and the only way to gain access is through acquiring an Xbox One Beta Token; Deep Silver and Xbox will be running a number of promotions over the coming weeks that will offer the opportunity to claim a Token and take part. Your best chance of getting a Beta Token and staying informed of developments is by registering on the official Homefront website at www.Homefront-Game.com.