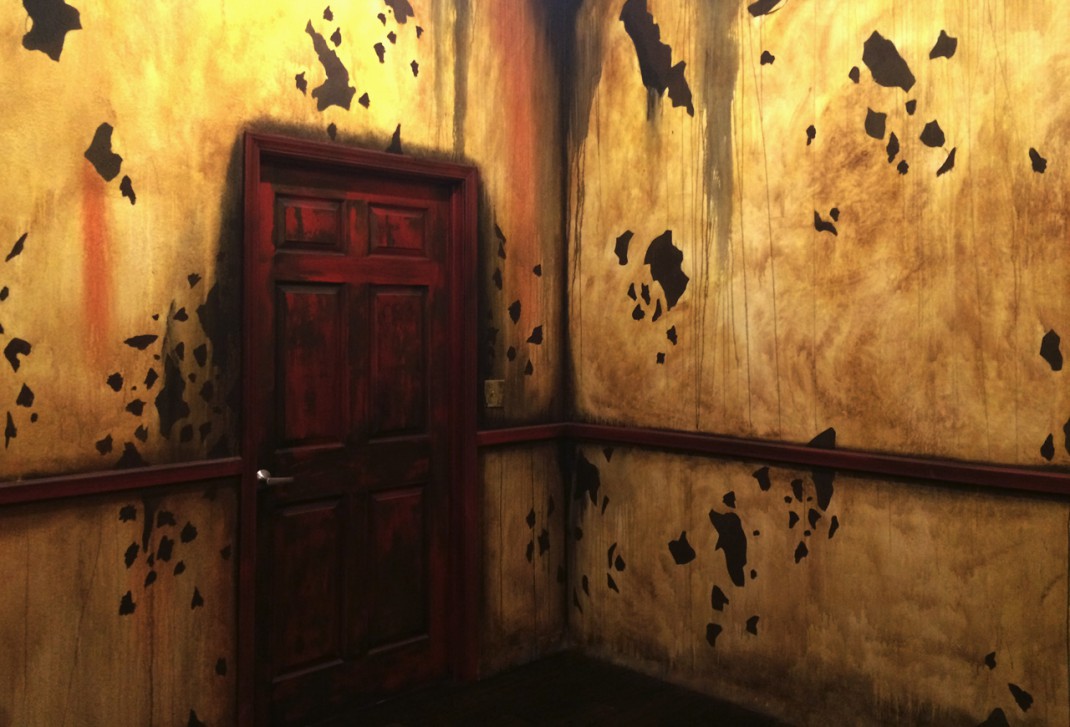 ANAHEIM, Calif., (December 28th, 2015) – Opening January 15th 2016 and set to run year round, Cross Roads Escape Games opens with a real life interactive adventure game- The Hex Room.  This is not a haunted house and there are no actors. It is up to you and your friends to find all the clues and solve all the puzzles within 60 minutes. Do you have what it takes to survive a horror film?

The Hex Room is a suspenseful game where you and 5 friends will get to playone of the largest escape games in California- 666 sq ft of terror. A horror-loving madman wants to recreate a horror film, using you and your friends as his stereotypical characters! Each player will take a quiz before the game to find out which cliché character they are: The geek, virgin, jock, rebel, prom queen, or detective. Your team of 6 will be divided up into separate rooms where you must work individually and as a team. Not only do you need to escape, but you must also survive! Who will live? Who will die?

Creative Director, Madison Rhoades, who has done over 30 escape games in California explains, “In a normal escape room, you are in a single room. The way in is the way out. After doing so many, I started to see a lot of the same puzzles and same stories. I knew I could make this idea into something unique.Cross Roads Escape Games is the next level of escape rooms, and it won’t disappoint.”

Madison and her husband, Luke Rhoades, have worked on haunts such asDelusion and Queen Mary’s Dark Harbor. With their theatre and haunt background, they have created realistic custom built sets that fully immerse its players into the atmosphere and storyline. Players will get to explore up to 5 different rooms in one of the largest escape games in California. This maze-like game will have various surprises along the way. Every player will have a unique experience, and an important job to help their team escape. This is also the only escape game to offer special prizes to teams that make it out alive!

Tickets are $32 per person. Cross Roads Escape Games is open Tuesday–Sunday until 11pm. If horror is not your thing, make sure to check out their next new game- The Fun House, opening February 2016. For more information, or to book a game, please visit www.CrossRoadsEscapeGames.com