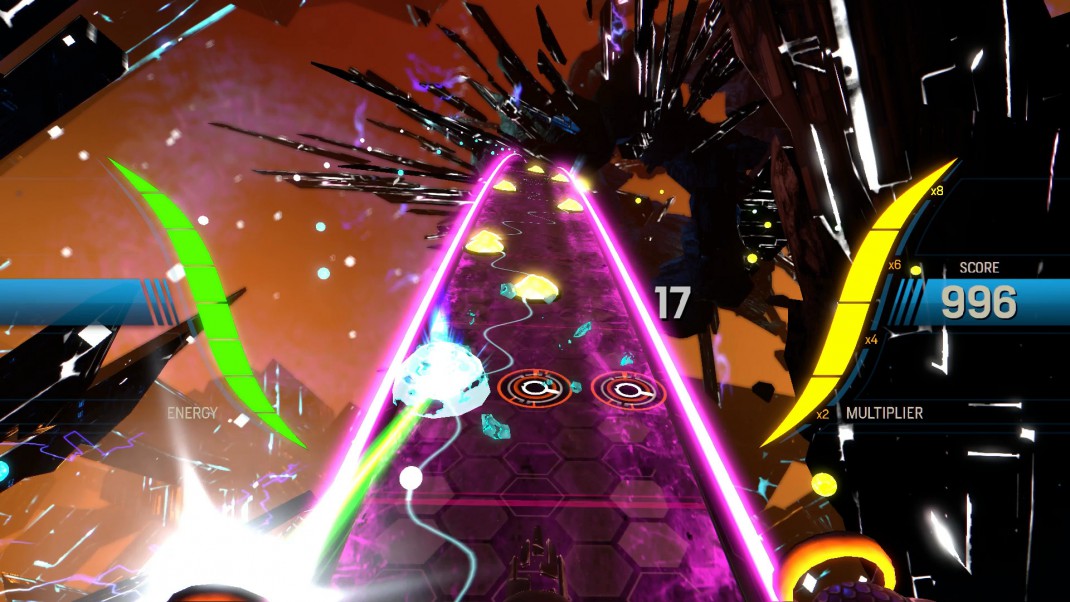 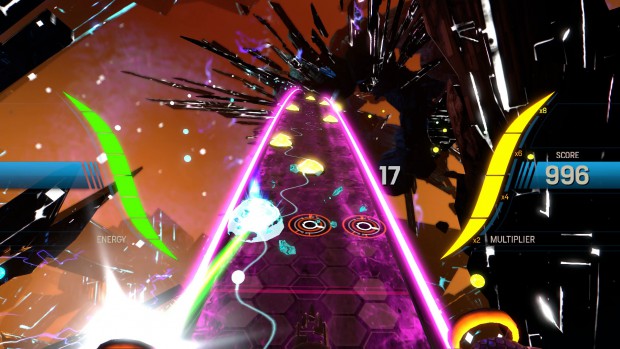 Boston, Mass. – December 2, 2015 – Harmonix Music Systems, Inc. is thrilled to announce that the PlayStation®4 version of Amplitude™ will be available to download via the PlayStation®Network worldwide on January 5th, 2016. The Kickstarter funded reboot of the 2003 PlayStation®2 cult classic will be available for $19.99 and feature over 30 songs, breathtaking visuals, and a concept album approach to its narrative storytelling.

Amplitude features a single player campaign along with competitive and cooperative local multiplayer modes. The campaign is presented in the form of a sci-fi concept album with a narrative that surfaces through the game’s visuals, music, and lyrics. There are also leaderboards available for bragging rights.

The soundtrack includes music crafted by Harmonix’s talented in-house composers, as well as songs from well-known video game composers such as Darren Korb (Transistor), C418 (Minecraft), Danny B (Crypt of the Necrodancer), and Jim Guthrie (Below). The game also features tracks made by backers, including fellow game development studios Insomniac Games (Ratchet & Clank) and the Lab Zero (Skullgirls).

The entire soundtrack is as follows:

Kickstarter supporters who backed at the $40 tier or higher do not have to wait until January 5th to get their hands on Amplitude. Those backers will receive the game two weeks earlier, on December 23rd.

PlayStation® fans attending PlayStation®Experience this weekend will be among the first to play Amplitude. Those who play the game at the booth will receive an exclusive dynamic theme for their PlayStation®4 and an Amplitude trading card. More details can be found inAmplitude’s latest backer update.