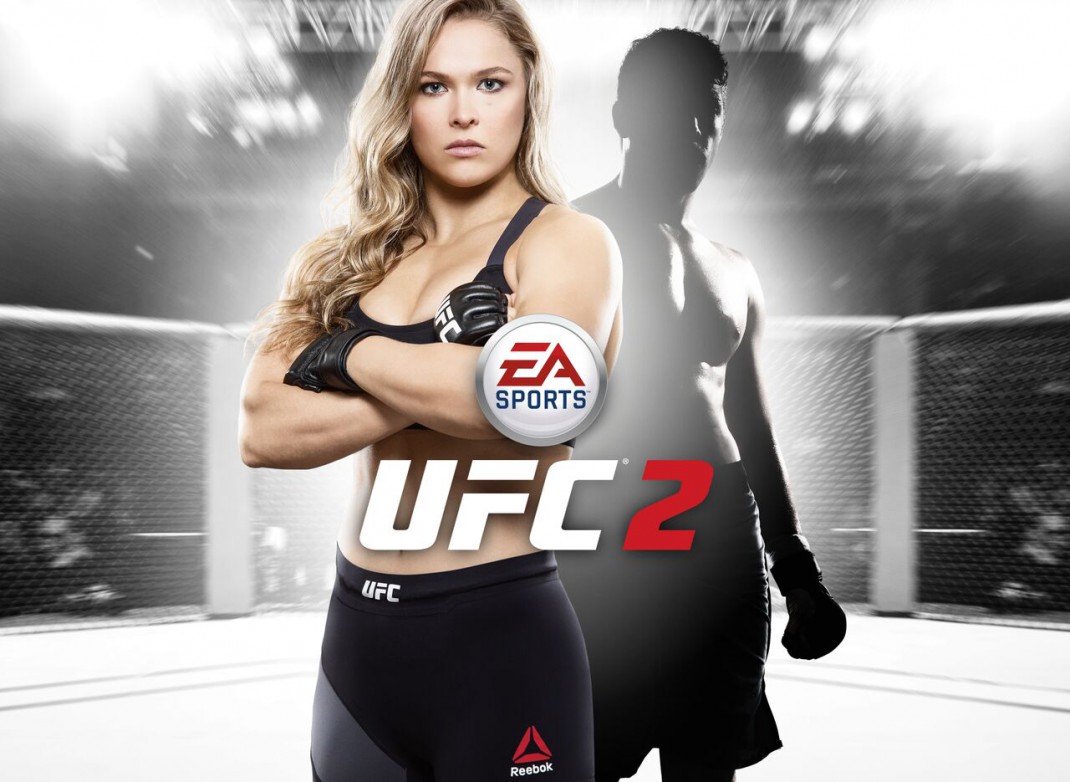 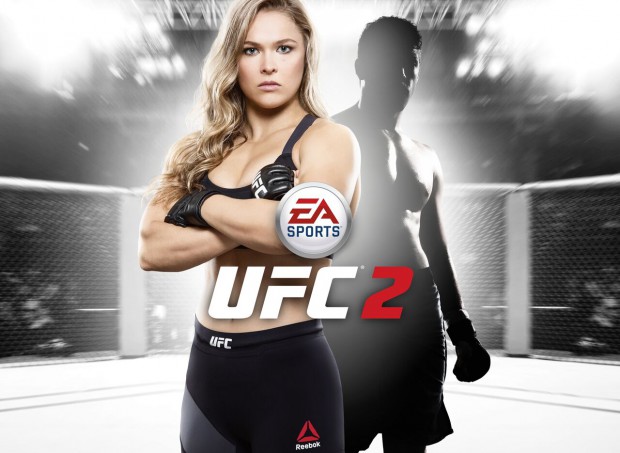 REDWOOD CITY, Calif. – November 13, 2015 – Electronic Arts Inc. (NASDAQ: EA) today announced EA SPORTS™ UFC® 2 will launch this Spring, featuring UFC® bantamweight champion “Rowdy” Ronda Rousey as the game’s global lead cover athlete. Rousey, the undefeated UFC champion (12-0), is the most dominant and recognized fighter in the world. Hear what Rousey thinks about the cover and get a first look of the champ in the virtual Octagon® here.

“EA Sports is a cultural barometer to know what’s going on in sports at the moment,” said Rousey. “As a gamer myself, it’s pretty surreal to be on the cover of the game and to have a woman on the cover of a UFC game shows a lot of progress. I’m really happy to be involved with it.”

EA SPORTS UFC 2 takes the franchise’s stunning character likeness and animation to another level, adds an all-new Knockout Physics System and authentic gameplay features, and introduces the biggest ever roster of real-world fighters in a MMA game who will step back into the Octagon on Xbox One and PlayStation®4.

“Like any champion fighter going into their next fight, we listened to our corner – in our case, the fans – and took a detailed look at everything we can do to take the fight game to a whole new level,” said Creative Director Brian Hayes. “We’re doing that by introducing innovative gameplay features, delivering a game mode for every fighter regardless of their style of play, and adding helpful tools so fans can master MMA, all while producing the jaw-dropping visuals that fans expect.”

Rousey will defend her title tomorrow in the Octagon at UFC® 193: ROUSEY vs. HOLM at Etihad Stadium, to mark the first UFC event in Melbourne, Australia. This event will also make UFC history as the first time two women’s world title bouts will headline a PPV event.

EA SPORTS UFC 2 is developed in Burnaby, British Columbia by EA Canada. More information is available on the EA SPORTS UFCwebsite, and in-depth feature details will be announced in the months leading up to launch. Fans should keep an eye on the website, as well as the EA SPORTS UFC Facebook and Twitter pages to make sure they’re always up-to-date on the latest and greatest news.