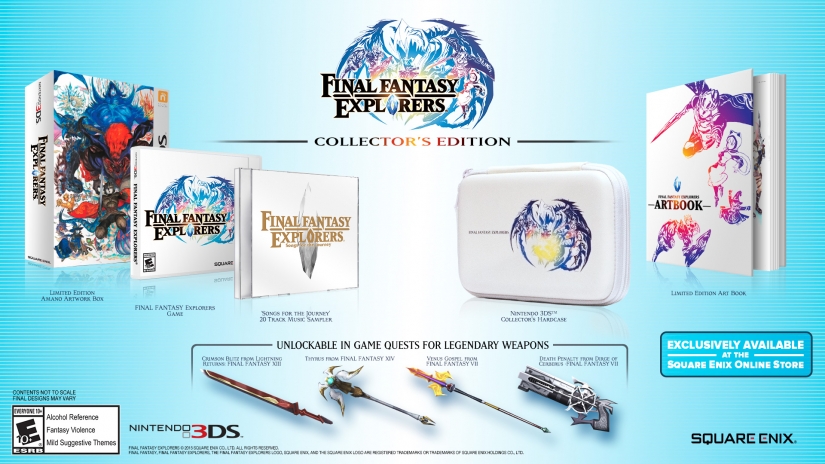 FINAL FANTASY EXPLORERS will be available on Jan. 26, 2016, for Nintendo 3DS in North America, and will be priced at $39.99 MSRP. The Collector’s Edition will be sold through the Square Enix Online Storefor $69.99.