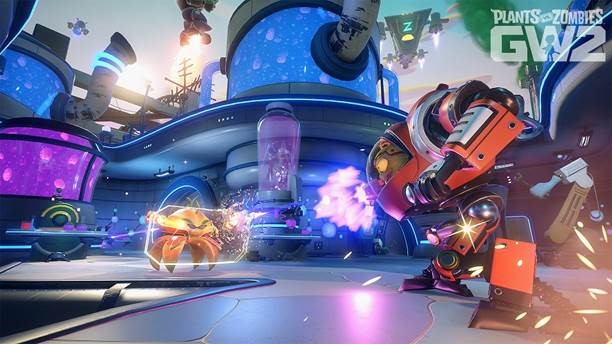 Vancouver, B.C. – November 5, 2015 – Spring comes early when zombies take over! PopCap Vancouver, creator of some of the world’s most beloved video game franchises and a studio of Electronic Arts Inc. (NASDAQ: EA), today announced that Plants vs. ZombiesTM Garden Warfare 2 will be in stores February 23, 2016, arriving ahead of the expected spring launch. Plants vs. Zombies Garden Warfare 2 drops you into an all-out battle where for the first time in franchise history, zombies have conquered Suburbia and plants are on the attack. Players who pre-order will get immediate access to the new Grass Effect Z7-Mech when they start the game. Inspired by one of the development team’s favorite videogame franchises, PopCap Vancouver worked in close partnership with BioWareTM to create this one-of-a-kind mech that comes loaded with the melee Zomni-tool, kinetic padding, and a biotic ability ‘Pull’ to quickly close the gap between you and the plant menace.

In addition to the Grass Effect Z7-Mech, fans who pre-order Plants vs. Zombies Garden Warfare 2 will receive an emoji pack filled with 14 all-new emoji-style accessories to customize each character class with.