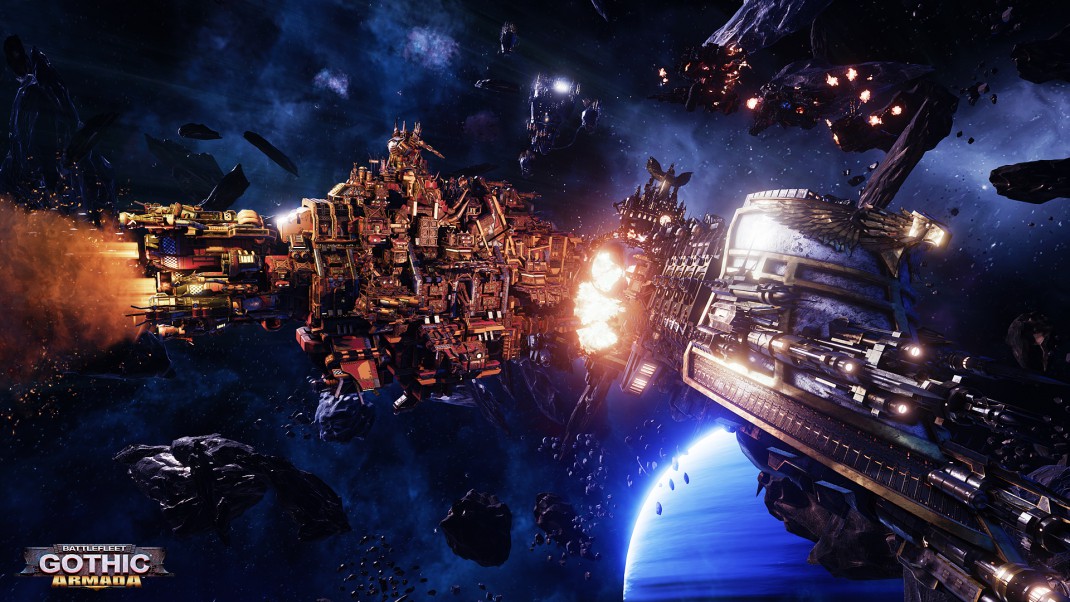 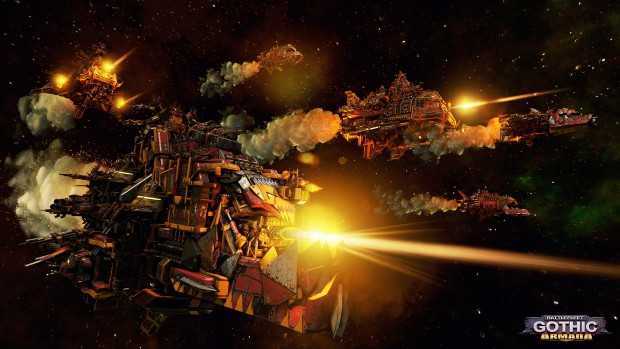 October 28, 2015 – Battlefleet Gothic: Armada, the RTS videogame adaptation by Tindalos Interactive of Games Workshop’s classic tabletop game, today reveals the Ork fleet for the first time! First hinted at in the Gameplay Trailer last month, in a post-credits sequence, the Ork ships are presented today in all their badass glory in new screenshots.

Orks are not your typical space-faring species. Their ships are usually built from scrap, hulks of other ships, and in some rare cases even from asteroids. But what their ships lack in reliability is made up for with sheer firepower and particularly strong prow armor. “More Dakka” would be their motto, and charging forward, all cannons blazing and ramming the enemy ships is a totally valid “tactic” in the mind of any Ork captain.

Developed on Unreal Engine 4, Battlefleet Gothic: Armada is an RTS in which the player takes command of one of these battlefleets composed of the most powerful spaceships from the Imperial, Chaos, Eldar and Ork forces, in a no-quarter given struggle for the control of the Gothic sector of space. Players will be at the center of every fight, commanding fleets of gigantic ships as the Chaos unleash a sequential chain of surprise attacks on Imperium naval bases – the start of 20 years of warring in the sector.

Battlefleet Gothic: Armada offers deep management of every ship composing the player’s fleet, both during and between battles. From the fastest frigates to the gigantic, miles-long battleships, the player will customize all aspects of his ships: weaponry, defense and support sub-systems, etc… each customization affecting the very performances of the ship and the special abilities available during battle. From battle to battle, the admirals and crew of surviving ships will gain experience and promotions, improving the battle-readiness of the ships for future, bigger and more dangerous battles.

Battlefleet Gothic: Armada will release on PC in 2016 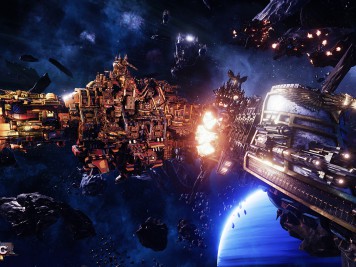 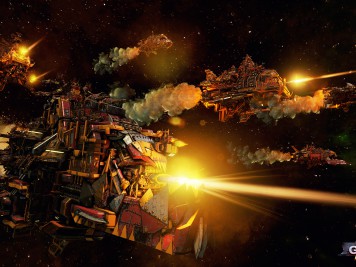 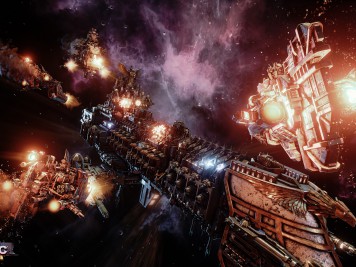 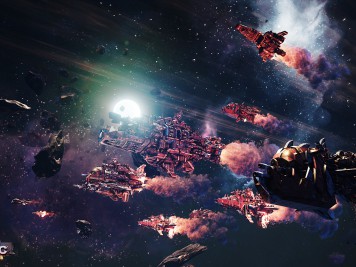