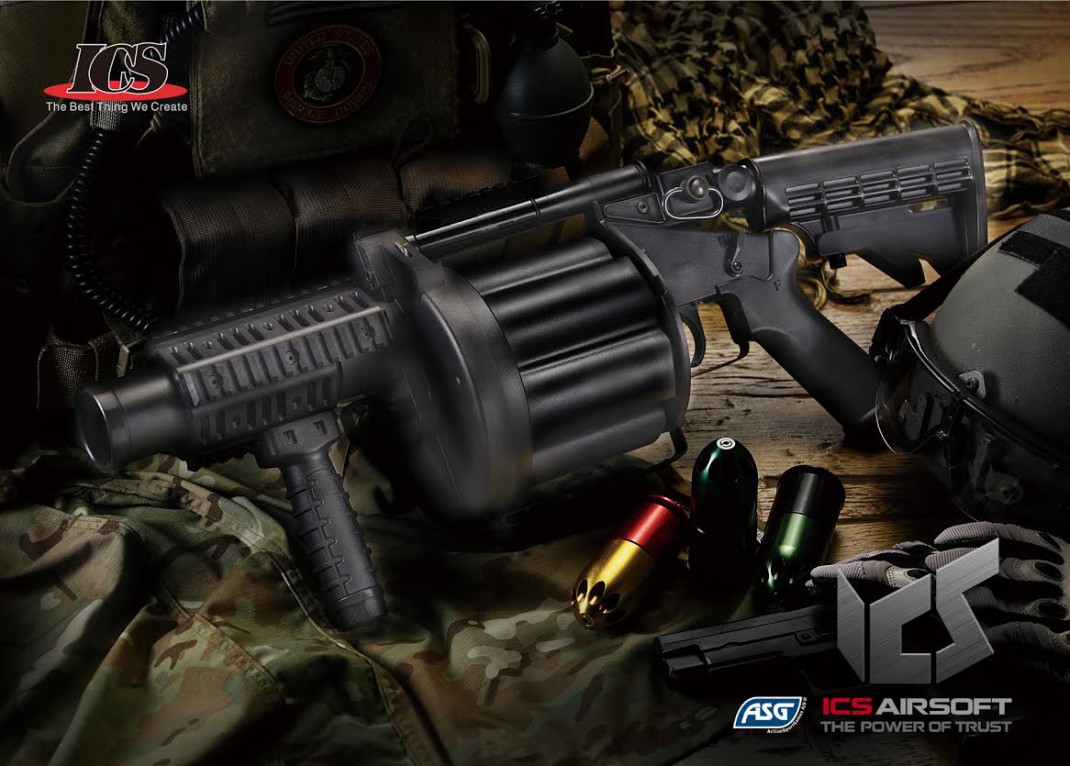 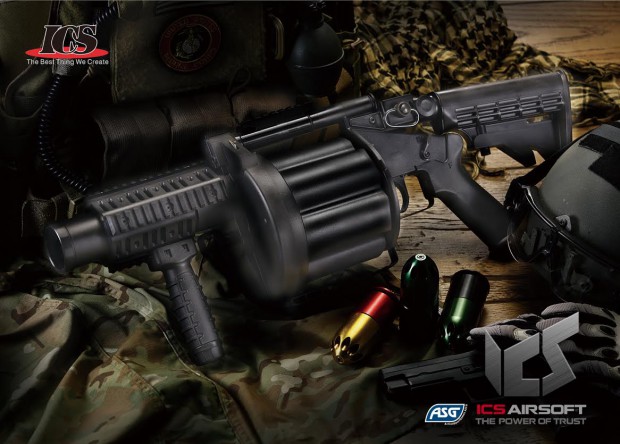 October 8, 2015 – We would like to let you know that ICS just released a new video for ICS MGL. According to the request from ICS fans, we film a new video to introduce ICS MGL showing more details and features as following.

It is time to upgrade your squad’s firepower. Modern warfare requires highly flexible, tactical, and lightweight firearms. The ICS MGL Revolver Grenade launcher is designed to achieve this goal when compared to traditional grenade launchers. Pack the ultimate firepower of 6 fully-loaded grenade shells with the ability to fire them one after another quickly and efficiently.