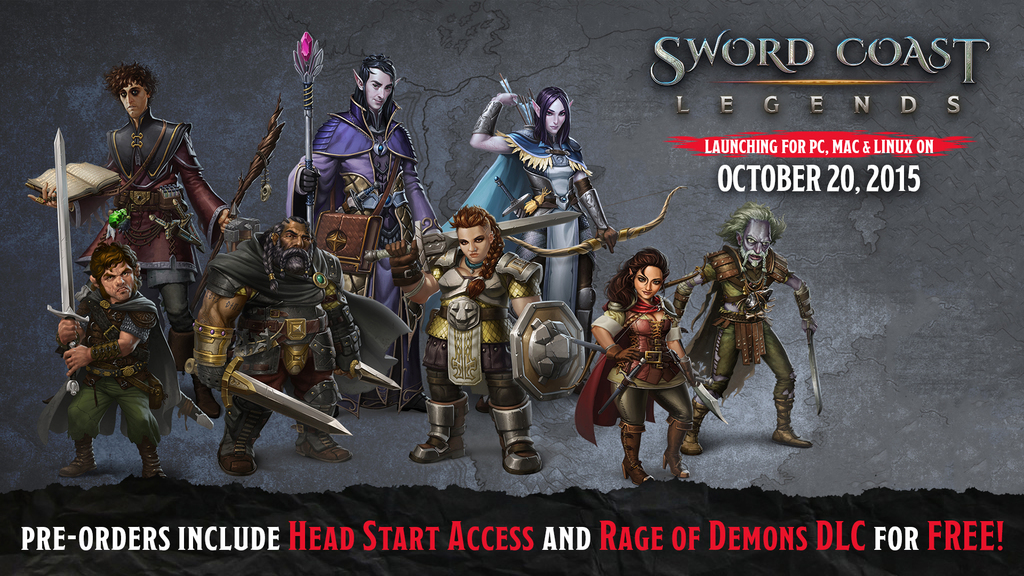 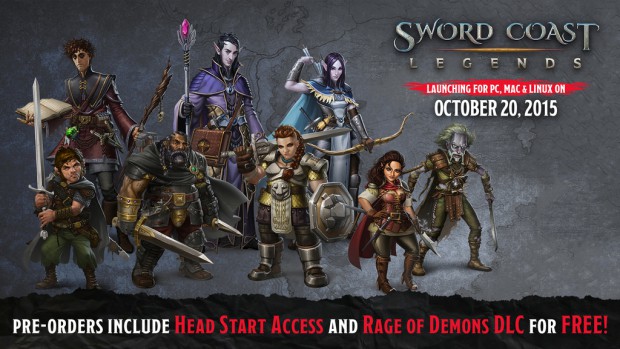 Following a successful Head Start access program for Sword Coast Legends, over 15 thousand players have logged thousands of hours of playtime, clearing dungeons and taking advantage of the title’s powerful Dungeon Master campaign creation features to create a wealth of customized adventures. Based on player feedback, n-Space plans to focus efforts on polish to provide players with the best possible experience at launch.

“When we set out to create Sword Coast Legends we wanted to give players an exciting new way to experience the magic of playing D&D with friends,” said Dan Tudge, President of n-Space and Director for Sword Coast Legends. “The decision to delay the launch of Sword Coast Legends was not an easy one to make, but after receiving feedback from our dedicated community, it became clear that a few more weeks of polish would provide our customers with the best possible experience at launch.”

Sword Coast Legends is currently available for pre-order from Steam and the PlayStation Store for $34.99. In addition to the free DLC, Digital Deluxe and Collector’s Editions, which include a tome of knowledge, cloth map of the Sword Coast, the official soundtrack, numerous in-game bonuses, starter items and DM abilities, as well as a statue of the powerful demon Belaphoss (Collector’s Edition) are also available for pre-order for $59.99 and $239.99, respectively, from www.swordcoast.com. Details regarding the upcoming “Rage of Demons” DLC expansion for Sword Coast Legends will be announced at a later date.

ABOUT n-SPACE
Since its inception 20 years ago, n-Space has been retained to work with some of the largest publishers and biggest licenses in a high-quality work for hire capacity. The Orlando-based studio is now poised to deliver a new level of innovative, top quality games without a traditional publishing partner. With strategic additions of top industry talent combined with its proven team of dedicated professionals, n-Space has experience spanning nearly every genre and on every gaming platform.  A scrappy, creative, and tight-knit team, they are driven by their passion for creating memorable game experiences. Sword Coast Legends is the studio’s first wholly-owned game and marks n-Space’s new independent development direction.www.n-space.com .

ABOUT DIGITAL EXTREMES
Founded in 1993 by James Schmalz, Digital Extremes ranks as one of the world’s top independent development studios in the interactive entertainment industry. The Canadian-based developer has a rich history in developing some of the industry’s top first-person shooter and action games including co-creation of Epic Games’ Unreal® franchise, Dark Sector®, The Darkness® II and work on the BioShock® series to name a few. Having developed its own proprietary technology, the Evolution Engine™, the studio currently develops and self-publishes the Free-to-Play action hit, Warframe® available now on PC, Steam, PS4™ and Xbox One. For more information about Digital Extremes, visit the company website at: www.digitalextremes.com .

ABOUT WIZARDS OF THE COAST
Wizards of the Coast LLC, a subsidiary of Hasbro, Inc. (NASDAQ:HAS), is the leader in entertaining the lifestyle gamer. Wizards’ players and fans are members of a global community bound together by their love of both digital gaming and in-person play. The company brings to market a range of gaming experiences under powerful brand names such as MAGIC: THE GATHERING and DUNGEONS & DRAGONS. Wizards is also a publisher of fantasy series fiction with numerous New York Times best-sellers. For more information about our world renowned brands, visit the Wizards of the Coast website at: www.wizards.com .