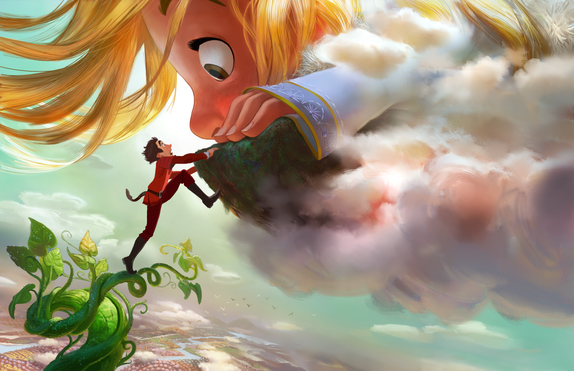 August 14, 2015 – “GIGANTIC” TAKES ROOT – Things are looking up at Walt Disney Animation Studios – way up. “Gigantic,” Disney’s unique take on “Jack and the Beanstalk,” will feature music from Oscar®-winning songwriters Kristen Anderson-Lopez and Robert Lopez, who greeted D23 EXPO fans in signature style—in song—alongside director Nathan Greno (“Tangled”) and producer Dorothy McKim (“Get A Horse!”). Set in Spain during the Age of Exploration, Disney’s “Gigantic” follows adventure-seeker Jack as he discovers a world of giants hidden within the clouds. He hatches a grand plan with Inma, a 60-foot-tall, 11-year-old girl, and agrees to help her find her way home. But he doesn’t account for her super-sized personality—and who knew giants were so down to earth? “Gigantic” hits theaters in 2018.