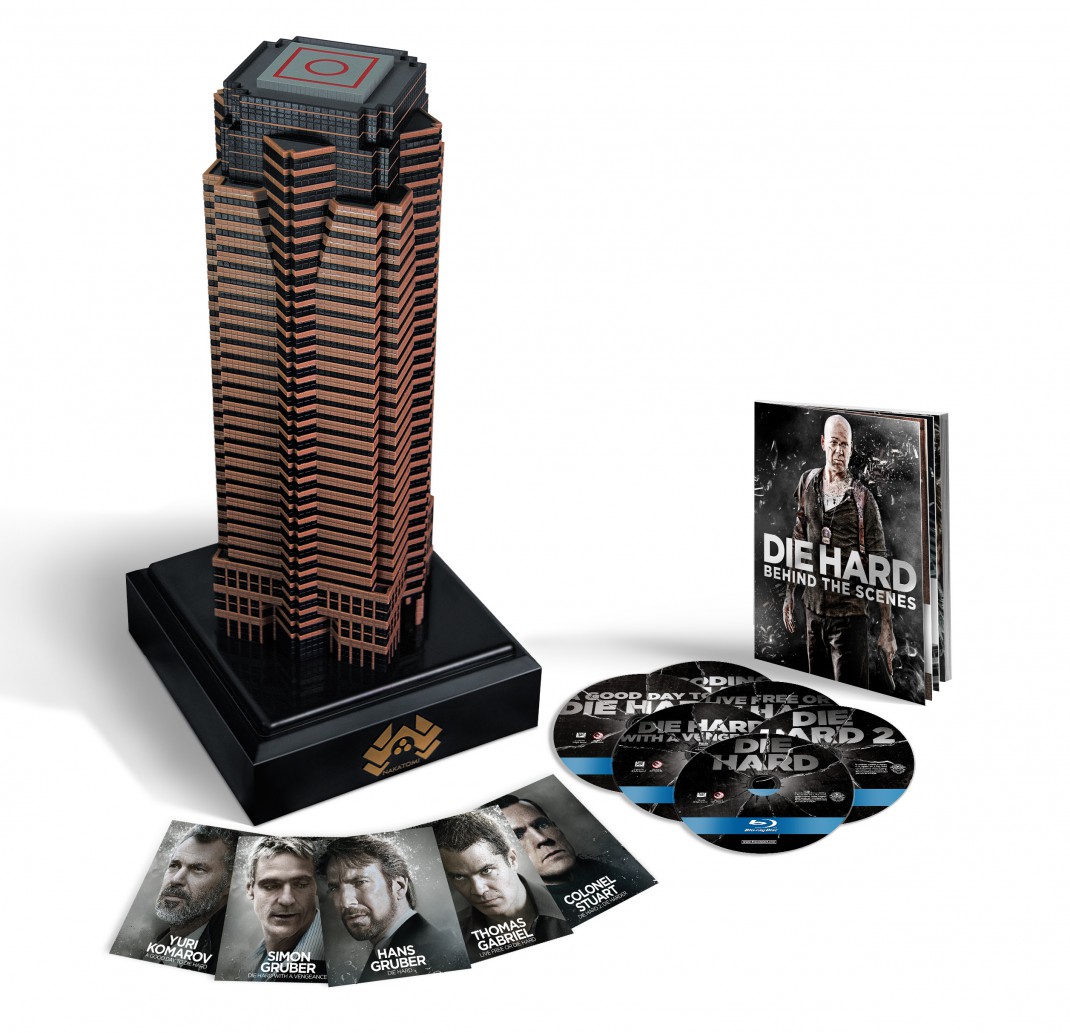 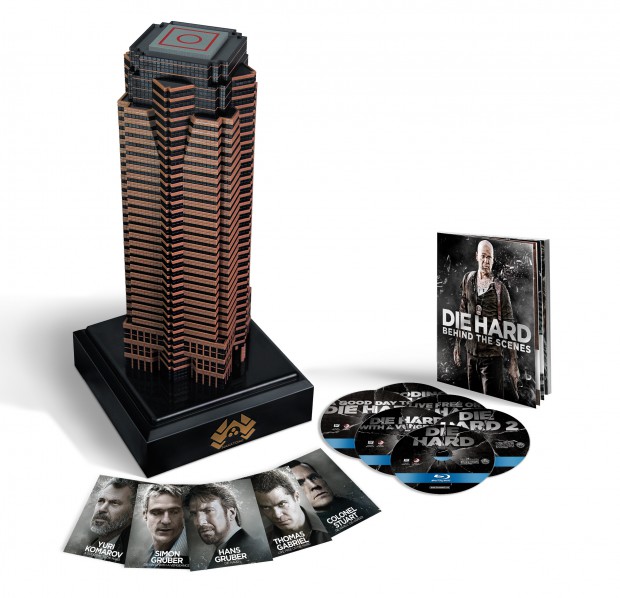 LOS ANGELES, Calif. (July 8, 2015) – Ever wanted to scale Nakatomi Plaza with John McClane, just like in the first Die Hard? On October 13, fans can do just that with the NAKATOMI PLAZA: DIE HARD COLLECTION! Featuring all five of the franchise’s action-packed films in a replica of the legendary Los Angeles tower, this limited edition collection is McClane-approved and like nothing you’ve ever seen before, making it the perfect gift for action and Die Hard fans everywhere.

Every limited-edition set comes with all five films on both Blu-ray™ and Digital HD as well as an explosive hour-long featurette that celebrates this iconic franchise with filmmakers and talent interviews. The Nakatomi Plaza also honors Hans Gruber and the vanquished villains from the series with collectible cards only found in the box set. And if that wasn’t enough, check out the 32-Page, behind-the-scenes book on all the secrets of the movies that even the most die-hard fans may not even know!