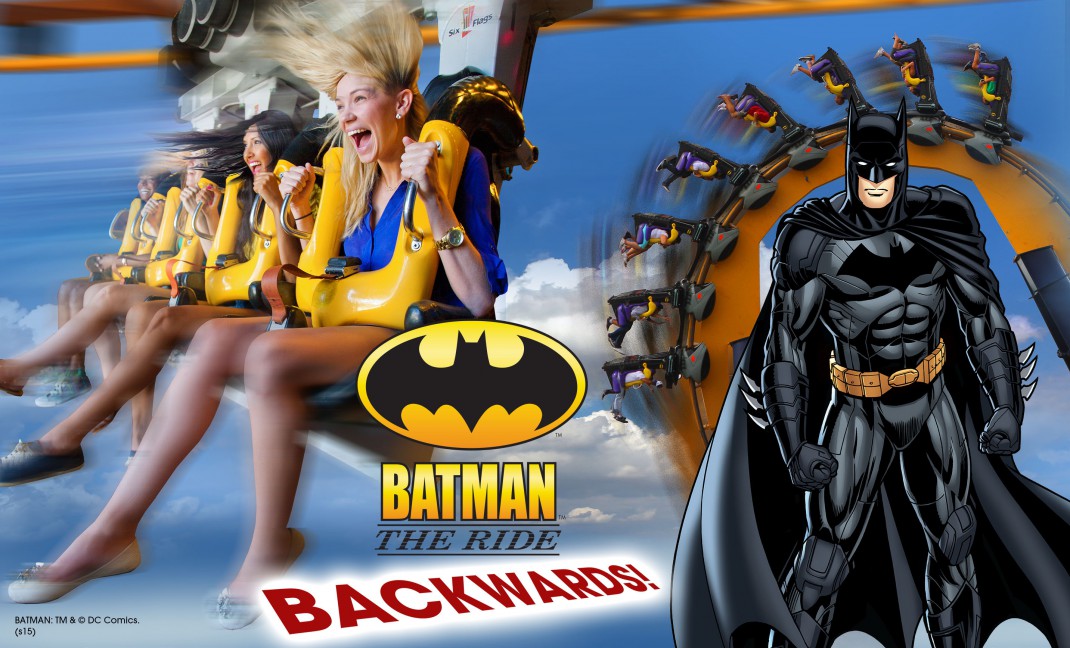 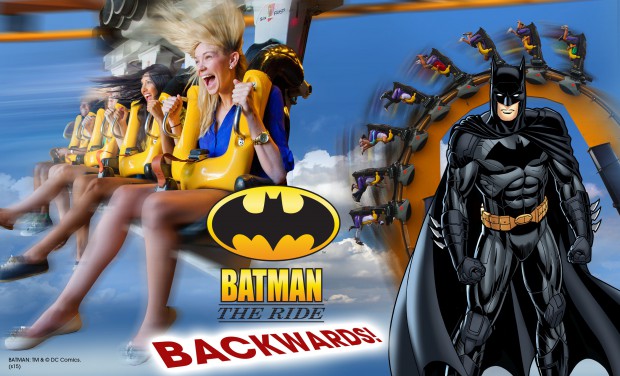 JACKSON, NJ — July 7, 2015 — Six Flags Great Adventure, the world’s largest theme park, unveils a second thrilling roller coaster experience for 2015 by flipping one of its most innovative and adrenaline-charged coasters backwards for a limited time.

BATMAN™: The Ride becomes even more intense as it undergoes a gravity-defying role  reversal through Labor Day weekend. Guests can dare to take on an all-new experience on the world-famous suspended, looping coaster as its chair lift-style train is flipped 180 degrees. The excitement is magnified since guests cannot see the twists and turns that await them on 2,700 feet of track.

The journey begins with a nearly 11-story climb to the top of the lift hill.  Next, riders soar beneath the track through five daunting inversions including a giant vertical loop, zero-gravity roll and corkscrew turns at speeds up to 50 miles per hour….backwards. 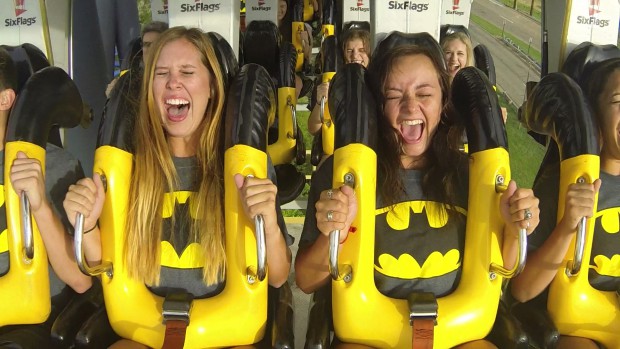 This ratchets the intensity way up,” said John Fitzgerald, Six Flags Great Adventure president. “We’re calling all thrill seekers to come out during this limited window and put their inner ‘super hero’ to the test.”

Since opening in 1993, BATMAN™: The Ride has given more than 27 million thrilling rides and reigns as one of the most popular roller coasters in the world.

“New Jersey’s 2015 tourism season is bigger and better than ever thanks to experiences like this here at the world’s largest theme park,” said New Jersey Acting Governor Kim Guadagno.  “Already one of the park’s leading roller coasters, the reversed ride will give visitors another exciting reason to come back to Six Flags Great Adventure again and again.”

Tickets, operating hours, park information and special events can be found at www.sixflags.com/greatadventure