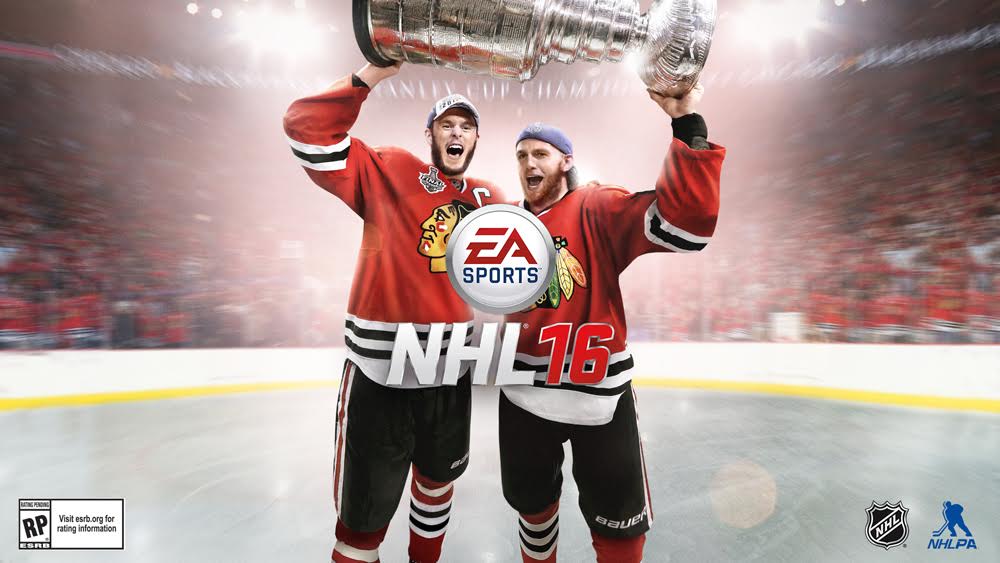 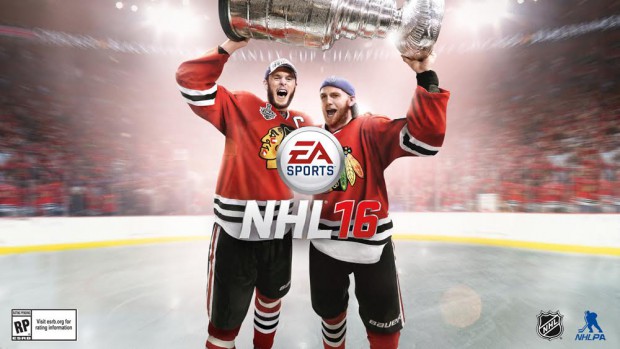 REDWOOD CITY, Calif., – June 24, 2015 – Electronic Arts Inc. (NASDAQ: EA), the National Hockey League (NHL®) and the National Hockey League Players’ Association (NHLPA) announced today during the 2015 NHL Awards™ that three-time Stanley Cup® Champions Jonathan Toews and Patrick Kane from the Chicago Blackhawks® will both appear on the cover of EA SPORTS™ NHL® 16. This marks the first time in franchise history that the cover has featured two teammates as well as the Stanley Cup trophy. Kane and Toews are also the only athletes to appear on an EA SPORTS™ NHL cover twice. The duo spotlight embodies the spirit of NHL 16, where you’ll play together and win together.

“I’m honored to not only share the Stanley Cup Championship with Patrick, but to share the EA SPORTS NHL 16 cover with him too,” said Toews. “Our team’s passion and dedication have made this all possible – and I’m sure fans will be fired up about it.”

“Being teamed up with Jonathan for the NHL 16 cover is a great feeling,” said Kane. “I never would have imagined being on the cover twice, and the fact this is happening on top of our team taking home the Cup is unreal.”

“Congratulations to both players; they are a perfect fit for this honor,” said Dave McCarthy, NHL Vice President of Consumer Products Marketing. “What the Chicago Blackhawks have been able to accomplish in the last six years has been nothing short of remarkable and I’m excited that this year’s NHL 16 cover will reflect the spirit of teamwork.”

‎”We would like to congratulate Jonathan Toews and Patrick Kane on this well-deserved honor of being chosen as the duo cover athletes,” said Adam Larry, NHLPA Director of Licensing and Associate Counsel. “Hockey fans show great passion and interest in the EA SPORTSvideo game franchise each year, and they will be pleased to see these two outstanding teammates grace the cover of NHL 16.”

Built with more fan feedback and insights than ever before, NHL 16 delivers your most requested features and modes along with new experiences that make NHL 16 bigger and better. With new levels of depth across single player and team modes, combined with improved gameplay balance and innovation as well as new tools to help you play at your highest level, NHL 16 lets you play together and win together.