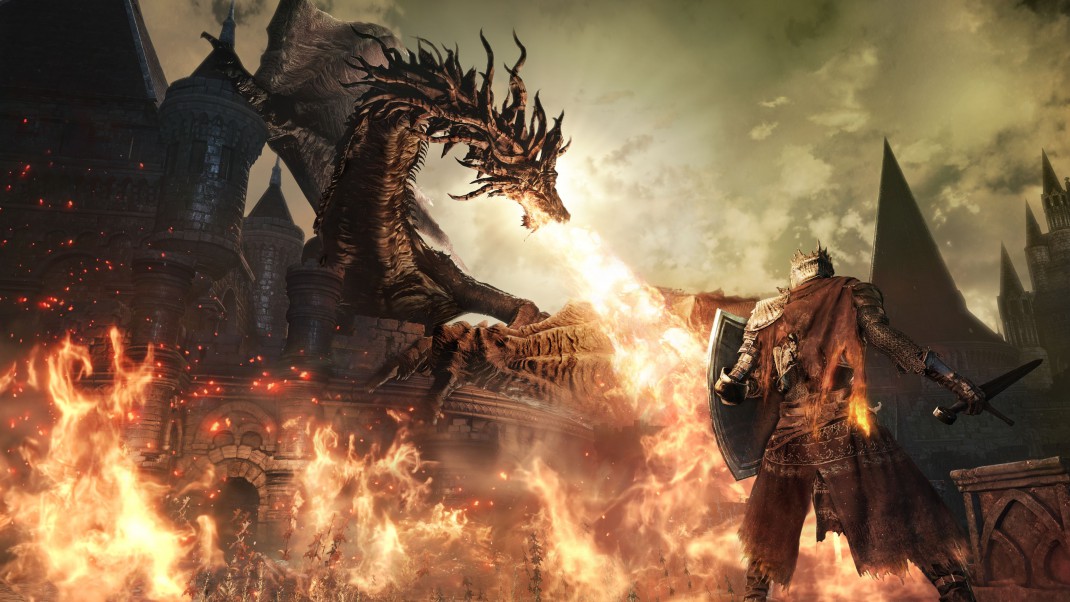 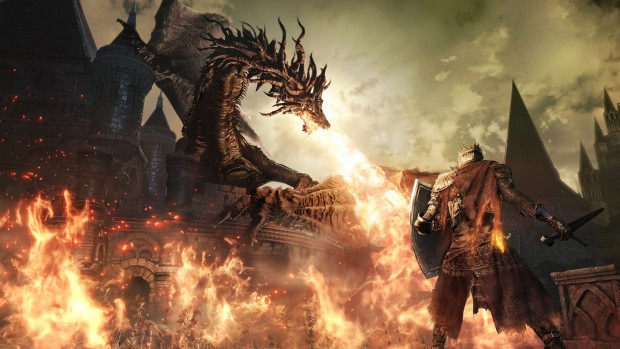 BANDAI NAMCO Entertainment America Inc. will have the following games on display:

The next chapter of the Dark Souls lore is back with Dark Souls III. FromSoftware returns to create a new blighted world for players to discover. The embers of a once proud kingdom set the stage for this new adventure. Players will battle against fearsome enemies and bosses with a variety of weapons and magic through a mysterious land riddled with secrets.

With over 12 million units of NARUTO SHIPPUDEN: Ultimate Ninja STORM games sold worldwide, the franchise has solidified its position as a premier anime based video game. In NARUTO SHIPPUDEN: Ultimate Ninja STORM 4, players will battle as or against over 100 different characters from the extremely popular NARUTO SHIPPUDEN anime series. The series’ trademark one-on-one battles look even more spectacular and over-the-top thanks to the power of the current generation of consoles. This latest chapter in the popular franchise also marks the series’ debut on the PlayStation 4 and Xbox One. For the first time ever, the original Spanish and Brazilian Portuguese cast for the NARUTO SHIPPUDEN anime will lend their voices to the game, allowing for a more authentic experience for Latin American fans.

J-Stars Victory Vs + is a video game celebration of 45 years of Jump Magazine. Featuring an incredible roster of over 50 different characters spanning 32 popular anime and manga franchises including Dragon Ball Z, Naruto, Bleach, Fist of North Star, and more; J-Stars Victory Vs + is one of the most comprehensive and over-the-top crossover fighting games ever developed. Gamers in the West will also enjoy an exclusive Arcade Mode that will pit players in arcade style bouts for ultimate anime bragging rights.

Hoist sails, and weigh anchor the Straw Hat pirates are ready to set out for their next adventure to the Kingdom of Dressrosa and engage in epic battles against enemy pirates from faraway lands. Utilize each crew’s unique and outlandish abilities to take out the enemies in this fast-paced action-brawler title that takes players on an One Piece adventure filled with nonstop action.

Based on the popular Sword Art Online light novel and anime series, Sword Art Online Re: Hollow Fragment is a fully remastered console version of last year’s bestselling digital PlayStation Vita game and has players take on the role of Kirito to fight though all the levels of Aincrad to break free from being locked within the virtual game world.

BANDAI NAMCO, CAPCOM, and SEGA are joining forces to bring some of their most well-known franchises together in a Strategy RPG that defies space and time. Players will take the role of characters from fan-favorite series including TEKKEN, Phoenix Wright: Ace Attorney, Streets of Rage, and many more in fast-paced strategic battles.

A brand new adventure awaits in a fantasy world filled with magic, knights, dragons and mystery in TALES OF ZESTIRIA. Follow the exploits of Sorey on his mission as the Shepherd as he explores a vast world with seamless transitions between exploration and the trademark TALES OF real-time battle system skirmishes.

The King of Monsters returns as the world’s most destructive savior. No city is safe from devastation as players take on the role of Godzilla to battle against his most fearsome and gigantic foes across the franchise’s 61 year history. Armchair movie directors will have fun using the game’s Movie-Style Camera Angle System that allows players to switch between special camera points and control Godzilla as if he was in a scene from one of his classic movies.

Race like a champion. F1 2015 puts you in the heart of the action with a stunning new game engine that recreates the blisteringly fast and highly responsive racing cars of FORMULA ONE™ and features all-new ‘broadcast presentation’ that immerses you in the unique race day atmosphere of a GRAND PRIX™.

MotoGP 15 is the newest entry in the acclaimed motorcycle racing simulation series that captures the intensity and discipline of the legendary MotoGP Championship. Offering the deepest bike, rider, and team customization in franchise history, MotoGP 15 builds on the reputation of its predecessors by enhancing virtually every aspect of the game to be a more authentic, thrilling experience for MotoGP fans.

An uncompromising off-road simulator created in collaboration with one of the most iconic figures in the history of rally sports. Sébastien Loeb Rally Evo places racers deep into the competitive world of rally with advanced physics and environmental effects, a huge variety of popular rally cars, advanced artificial intelligence, comprehensive career mode and multiplayer online gameplay to create a completely compelling and immersive racing experience.

Supernova (MOBA genre for PC [Free-to-Play]) Open beta begins fall 2015
Supernova is a Free-to-Play Multiplayer Online Battle Arena (MOBA) game with real-time strategy (RTS) elements for PC. Supernova takes place in an exciting sci-fi universe and offers upgradeable minions, crafting from drops, the mysterious “Supremacy” ability and an unparalleled line-up of hero commanders. Supernova is currently in its Alpha phase of development and will be available in open beta later this year.

Attractio is a new mind-bending action puzzle game from Mexico based indie developer GameCoders Studios. Set in the future on the stage of Attractio, the most popular and dangerous reality TV game show in the solar system; three strangers volunteer for the chance to change their lives. Players will solve deadly physics-based puzzles with never-before-seen gadgets that manipulate gravity, time, and reality itself. Attracio’s unique gameplay will surely bend players’ perception of physics and reality.

For more information about BANDAI NAMCO Entertainment America Inc.’s line-up of products please visit: http://www.bandainamcoent.com or follow us and join the conversation at: http://www.facebook.com/bandainamcous.