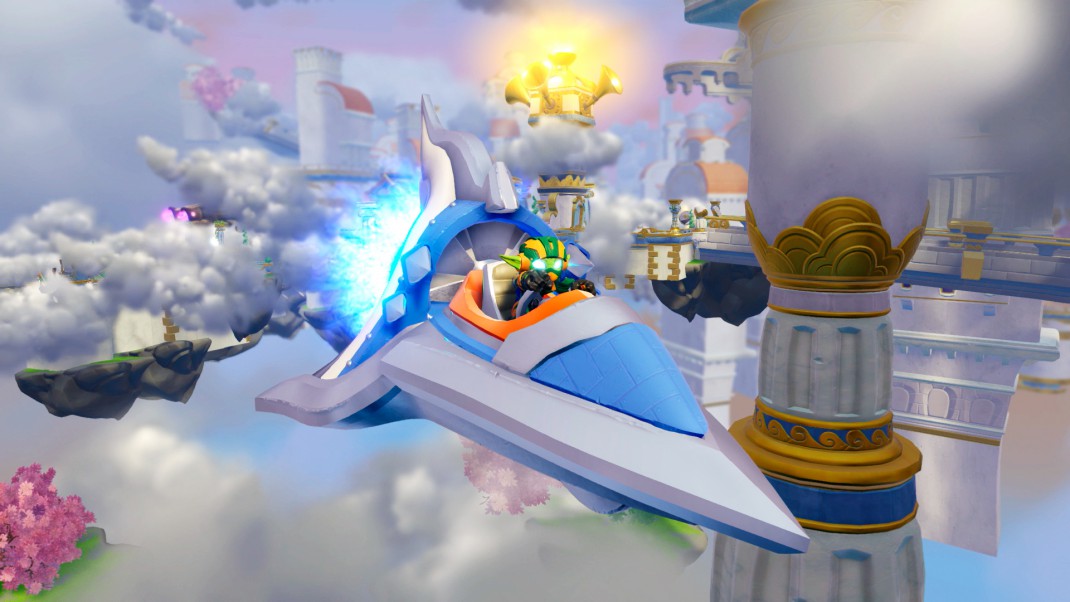 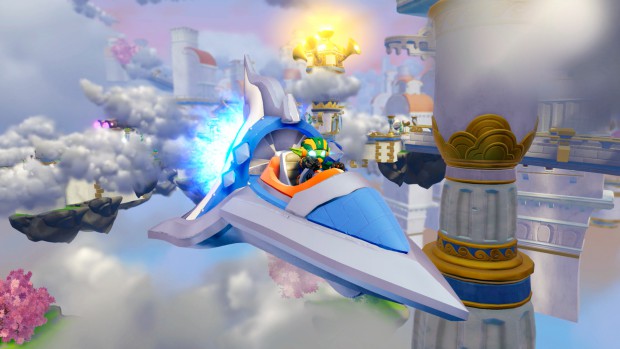 Santa Monica, Calif. – June 3, 2015 – Skylanders® is bringing another trailblazing innovation to the #1 kids console franchise(1) with the launch of Skylanders® SuperChargers on September 20, 2015 in North America. Activision Publishing, Inc., a wholly owned subsidiary of Activision Blizzard, Inc. (NASDAQ: ATVI) and the leaders of the toys-to-life category it created, expands upon the franchise’s signature gameplay to introduce vehicles-to-life — an entirely new way for fans to experience the magic of Skylands.

At the helm of powerful, tricked-out land, sea and sky vehicles, Portal Masters can engage in a high-octane action-adventure videogame like never before. Kids can speed across Skylands’ roads in vehicular combat, race down roaring rapids and engage in aerial dogfights as they barrel-roll through enemy swarms for the first time. Developed by Vicarious Visions, Skylanders SuperChargers offers a rich story-driven gameplay experience, filled with vehicle-based and on-foot adventures, combat, puzzles, mini games, activities and platforming, set within a variety of all-new compelling environments.

“We created the toys-to-life category and have continued to lead it by bringing new innovations and new magic to the genre with each and every game. First we brought action figures to life, and now we’re bringing vehicles to life with Skylanders SuperChargers,” said Eric Hirshberg, CEO of Activision Publishing, Inc. “We love making these games because in order to do it well, you have to constantly tap into your inner kid. What kid hasn’t imagined epic vehicles with amazing powers and dreamed about the adventures they could have with them? Skylanders SuperChargers makes those dreams real.”

Players will have the ability to customize all vehicles in-game with super cool modifications and upgradeable weapons. For the ultimate gameplay experience, players can pair a SuperCharger Skylander with its signature vehicle to create a SuperCharged combination, unlocking an exclusive mod that revs up the performance of both the vehicle and character. Not only are the vehicles playable in the game, but also many feature moving parts, making them fun to play with outside of the game.  Additionally, Skylanders SuperChargers supports all 300+ Skylanders toys from previous games, enabling all Skylanders characters to pilot land, sea or sky-based vehicles.

“Since first partnering with Activision to bring the original Skylanders® Spyro’s Adventure to our stores, we have believed whole-heartedly in the magic and innovation of this brand, as well as the company’s ability to reimagine and redefine play experiences with the toys-to-life concept,” said Richard Barry, Global Chief Merchandising Officer, Toys”R”Us, Inc. “With each new introduction, Activision never disappoints its highly loyal fans of the franchise, and we are thrilled to continue to offer the broadest assortment of all Skylanders® merchandise, including the newly introduced Skylanders SuperChargers.”

The game’s storyline focuses on Kaos’ latest attempt to rule Skylands. In his efforts to take down the Skylanders, Kaos has unleashed his most sinister weapon ever – a massive “Doomstation of Ultimate Doomstruction” capable of eating the sky itself!  Fortunately, Master Eon has seen the warning signs and assembled a special team of Skylanders to pilot an unstoppable fleet of land, sea and sky vehicles with the power to travel through the reign of destruction to stop Kaos!